The exhibition, featuring a selection of works created by Szczecin-based artists, perversely tells the story of the post-war city and...
Uncategorized

Please check: Anny Shaw, Barbara Kruger’s “Your Body is a Battleground” poster appears in Poland as protests flare up over...
Meetings Events

Since December 21, 2020, the façade of TRAFO Center for Contemporary Art in Szczecin has featured a new neon installation “The Free City...
Events

Lightening of freedom on TRAFO façade

Lightning of freedom on the façade of art gallery The world we live in has an ongoing problem with freedom. Both the definitions of the...
Events

Barbara Kruger, Your Body Is a Battleground

Iconic posters in the streets of Szczecin say: NO to violating women’s rights 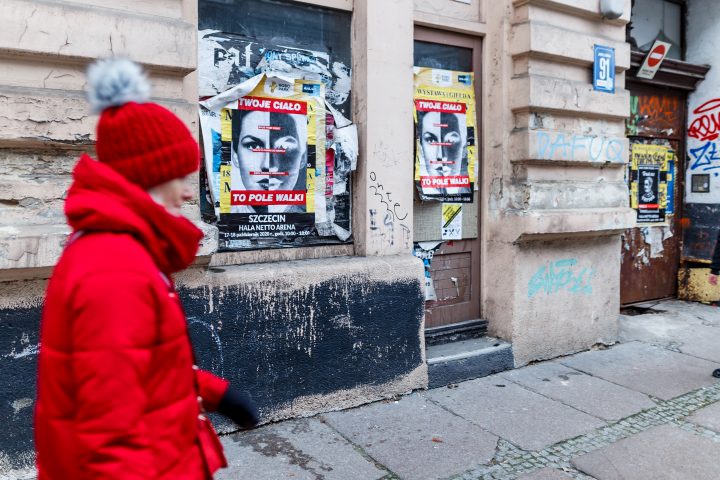 Passers-by strolling through the streets of Szczecin might come across the posters created by American artist, Barbara Kruger. They feature a reproduction of her famous work Untitled (Your Body is a Battleground) Polish version. TRAFO Center for Contemporary Art in Szczecin received them on November 13, courtesy of the artist and her agency, Sprüth Magers, Berlin. Three weeks earlier, Poland’s constitutional tribunal ruled that abortion due to foetal defects was unconstitutional. On the same day, we wrote to the artist, and the history began to “rhyme” with the past in a treacherous way. 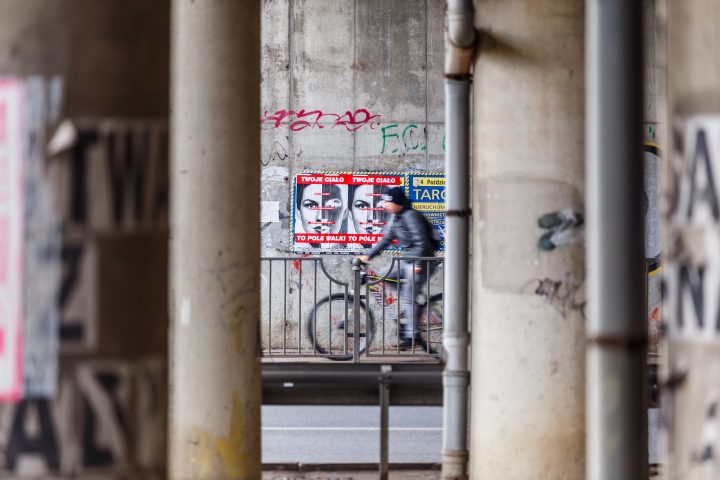 Barbara Kruger’s work was originally made for the Women’s March in Washington in 1989. The artist made her name in Poland in the 1990s, when the iconic piece was visible in the public space of Warsaw. The context for the action, accompanying Kruger’s solo show, curated by Milada Ślizińska, at the Center for Contemporary Art Ujazdowski Castle, was the ongoing discussion on abortion right and introduction of sex education.

The first presentation of Your Body Is a Battleground in Poland took place when we were in the process of forming a modern society. Today, a quarter of a century later, body politics is still a valid issue. With the politicians trying to objectify the female body, Kruger’s work remains extremely relevant and “ready to use”. At the turn of November/December, following TRAFO’s initiative, over one hundred posters appeared in the streets of Szczecin. On the one hand, they have been a part of the struggle for Polish women’s rights, on the other one, they will be featured in TRAFO’s upcoming exhibition Whatever You Come Up With About Yourself*, that will attempt to diagnose the contemporary identity of Szczecin.

Since human rights are an important aspect of our city’s identity, we want this commentary to be present in the public dialogue and become an audi­ble voice across the country. We do not give our consent to violating women’s rights! 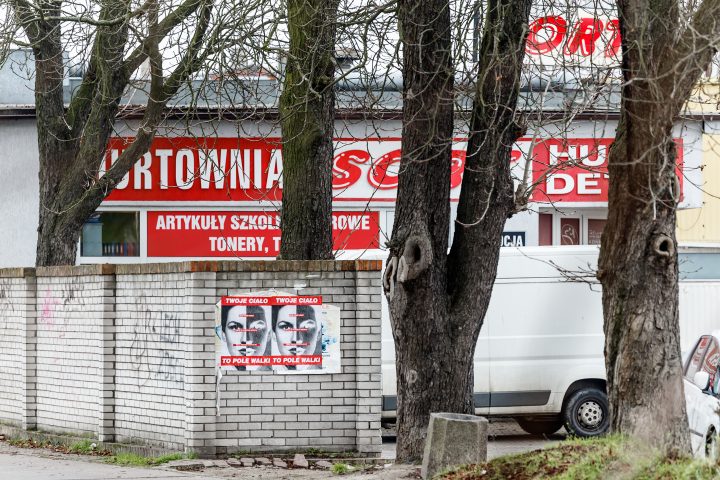 Barbara Kruger (born 1945) – American artist, representing feminist art as well as socially and politically engaged art. She is known for her involvement in conceptual activism. In 1992, “Newsweek” placed her on The Cultural Elite 100, the list of 100 people making up the cultural elite of the United States, where Kruger was the only influencer with visual arts background. In 2005, she received the Golden Lion Award for Lifetime Achievement at the 51st Venice Biennale. Kruger’s trademark works are combinations of images overlaid with slogans printed in Futura Bold Italic against a black, white or red background. Created in the spirit and style of the fighting avant-garde, her pieces often take the form of posters, are transferred to tote bags and T-shirts, or presented in advertising spaces, where they blur the line that separates visual art and commercial art. The message itself represents the second wave of feminism, with its main slogan saying: “The personal is political”. Another famous – and still in frequent use – work by Kruger is the cover of the special election issue of New York Magazine from 2016, featuring a close-up photo of Donald Trump with a red banner reading “LOSER” plastered across it. Today, the poster has gained a new meaning, with the message de facto coming true.

* The exhibition Whatever You Come Up With About Yourself, which will celebrate the 75th anniversary of Szczecin’s history, was scheduled at TRAFO from December 19, 2020 to February 28, 2021. Due to the pandemic of SARS-CoV-2, the dates will be confirmed at a later date. 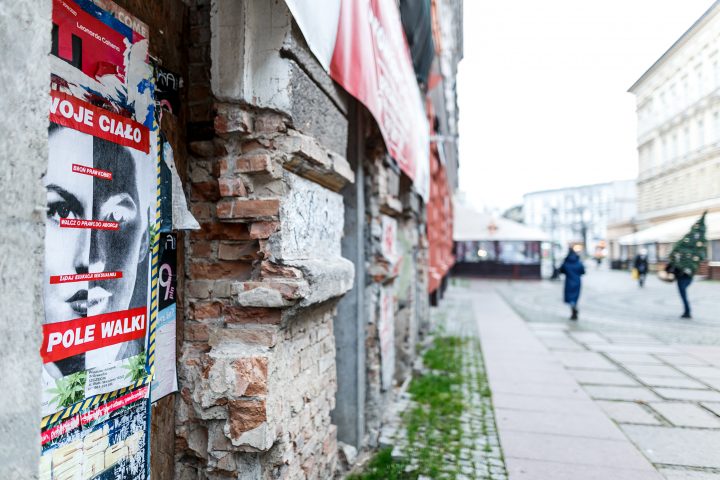 Barbara Kruger, Untitled (Your Body is a Battleground) Polish version, 1991/2020 Poster 76 x 55 cm MSPM BKR 25925
Courtesy of the artist and Sprüth Magers, Berlin.
The worki s held in the collection of the Center for Contemporary Art Ujazdowski Castle in Warsaw. 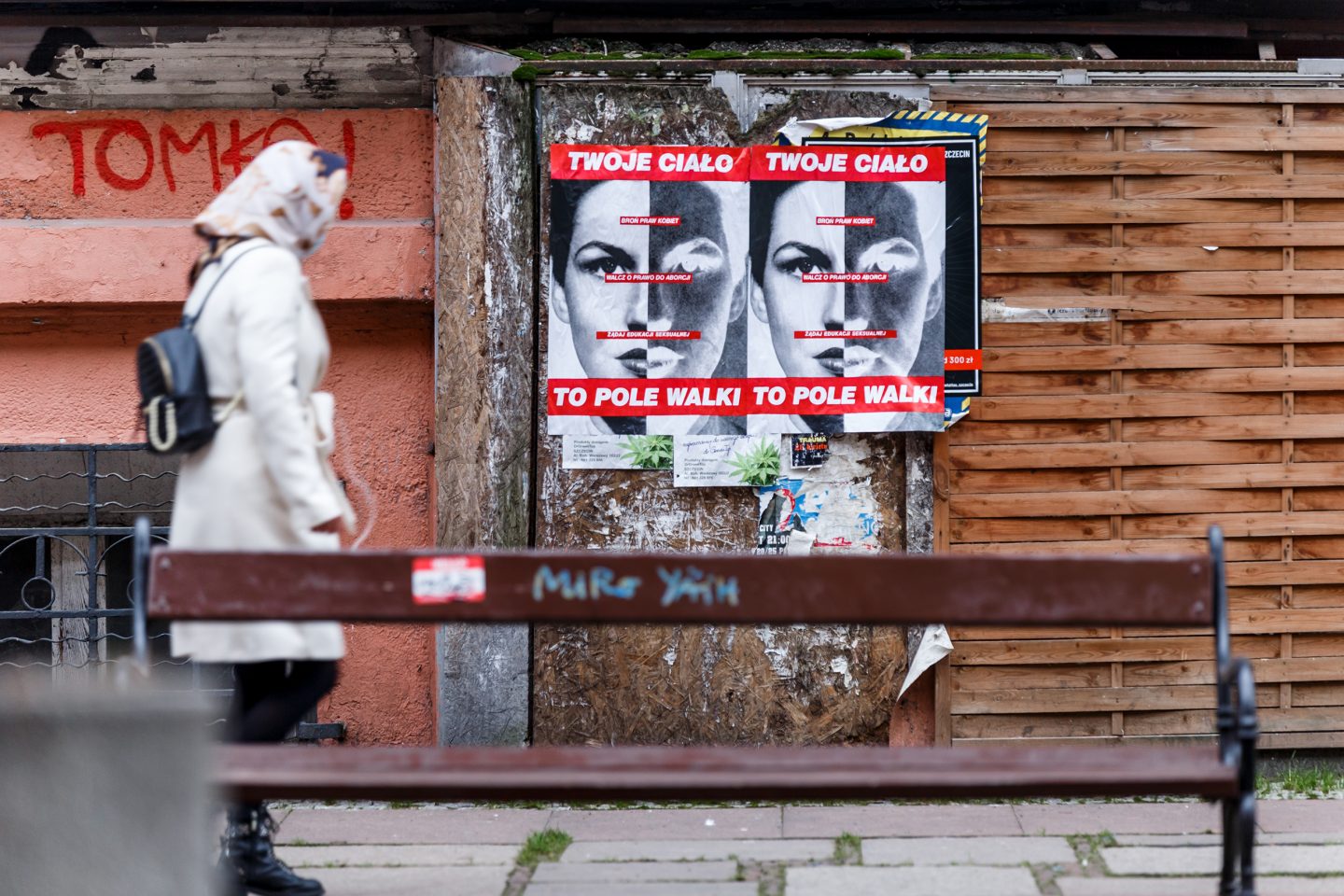 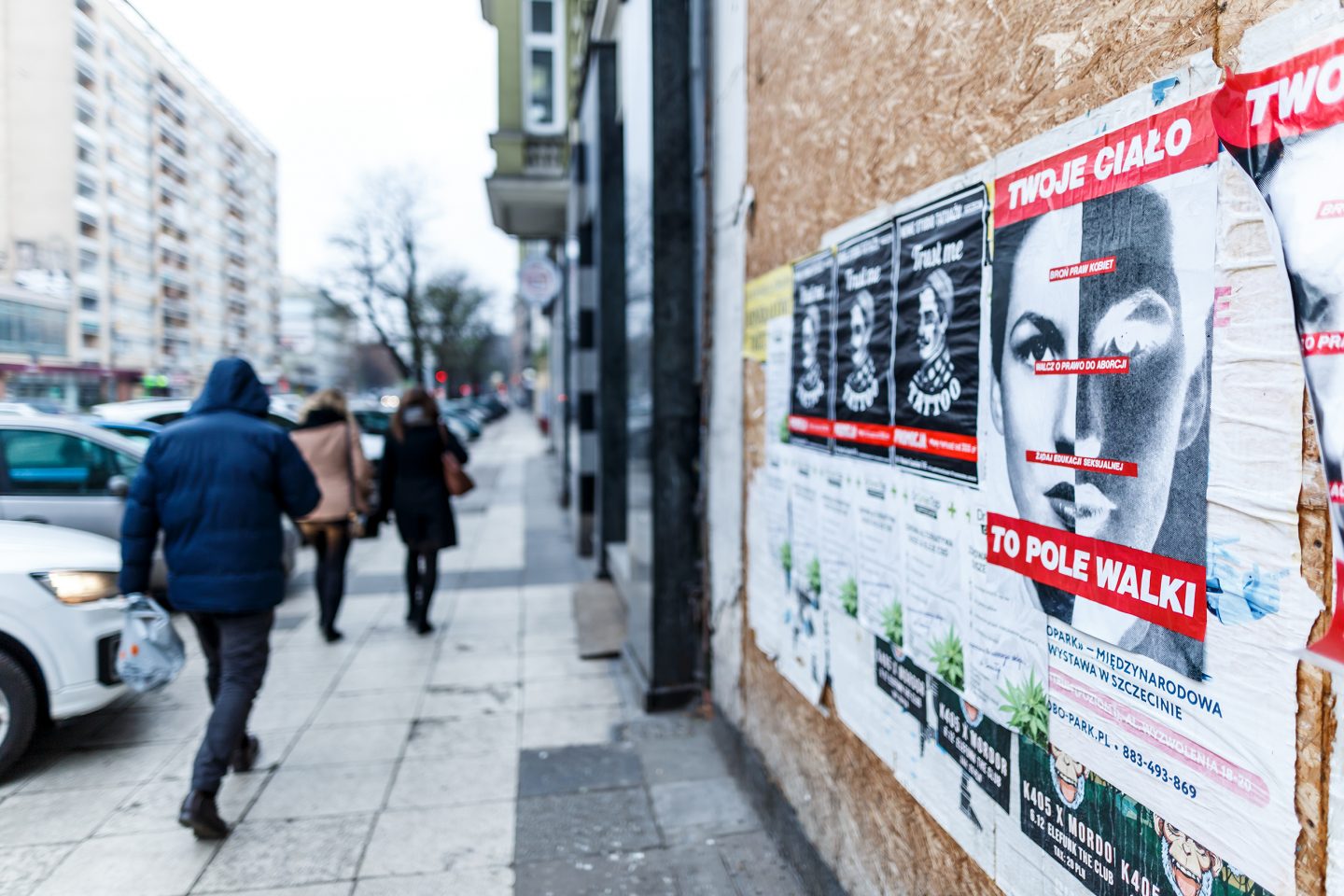 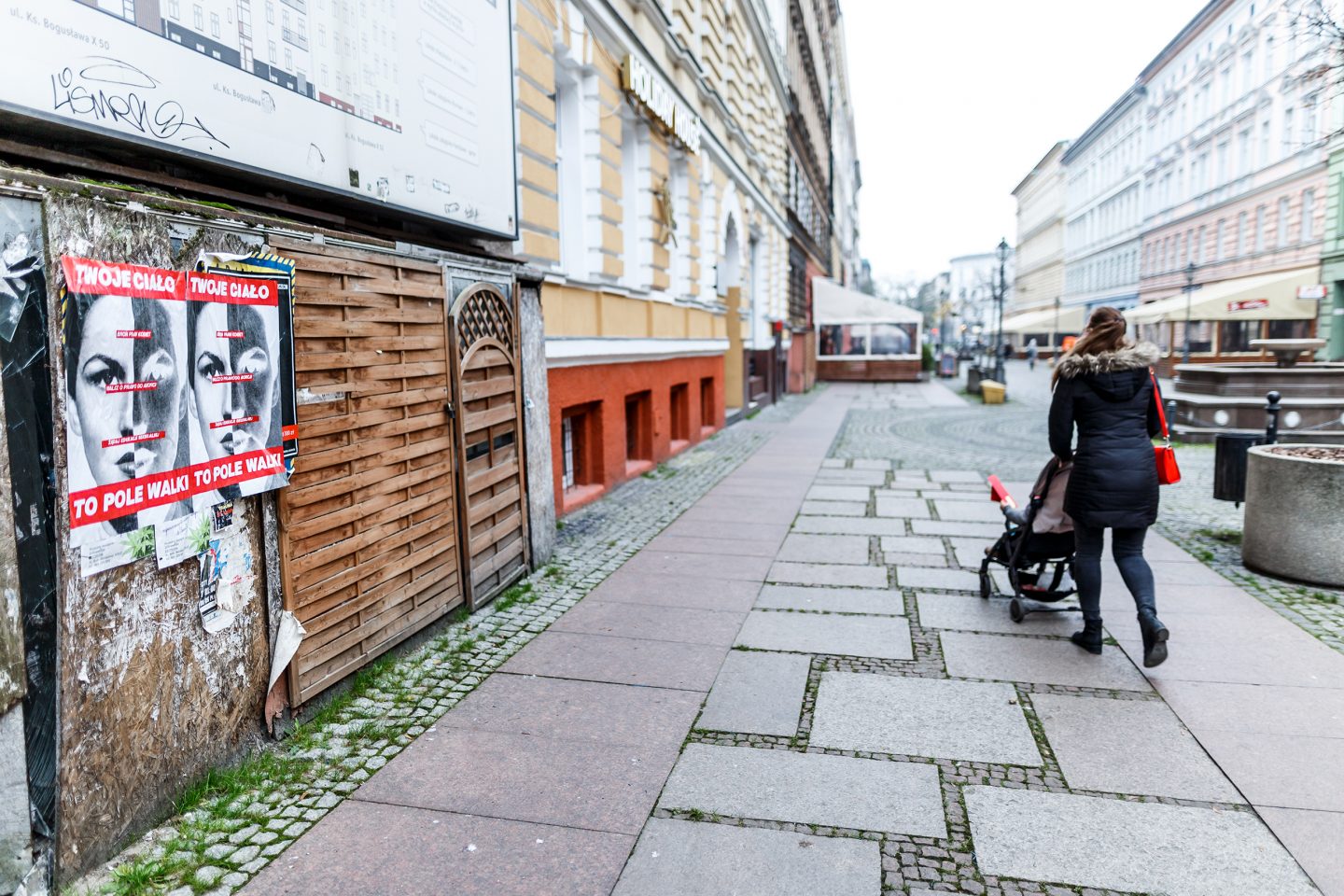 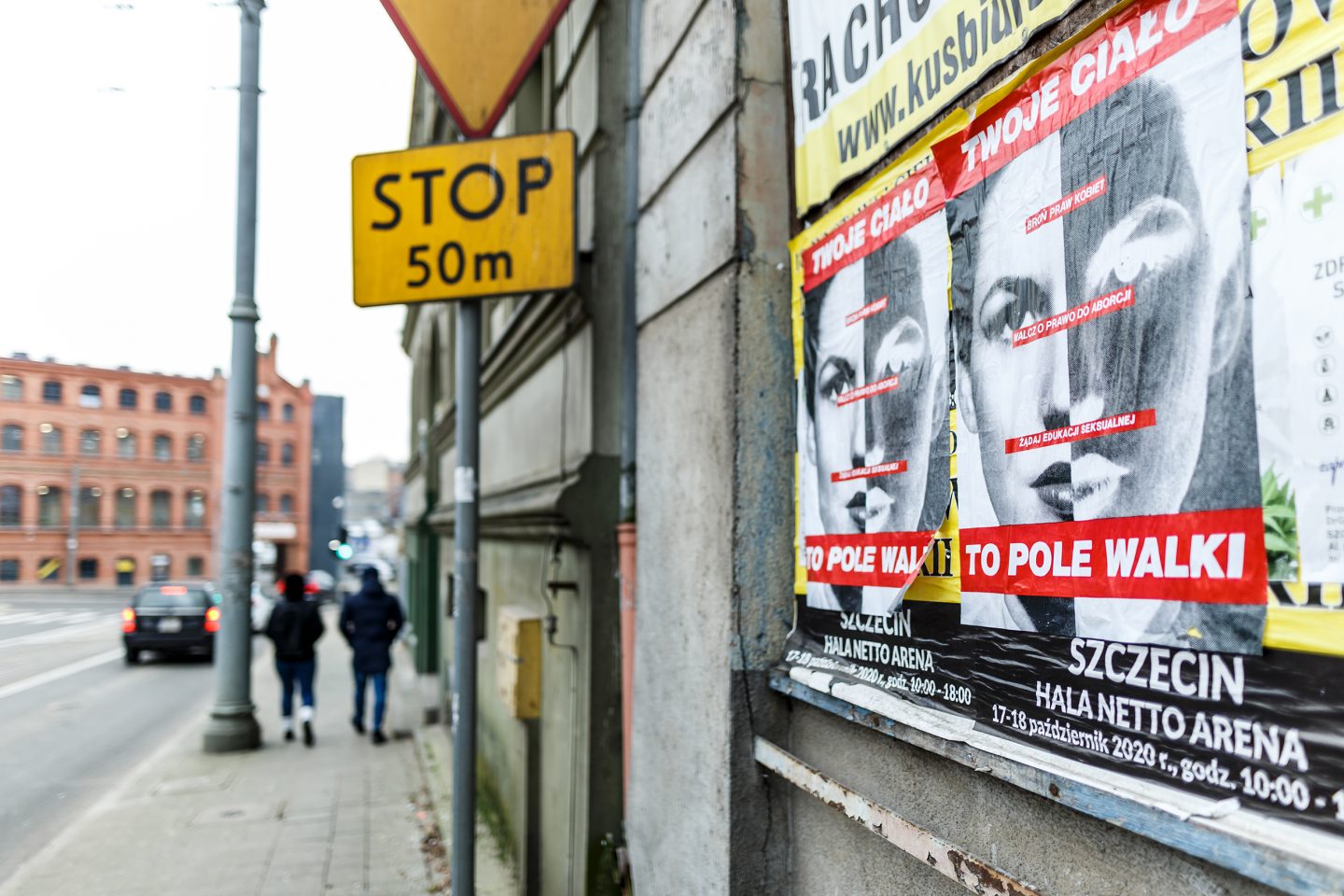 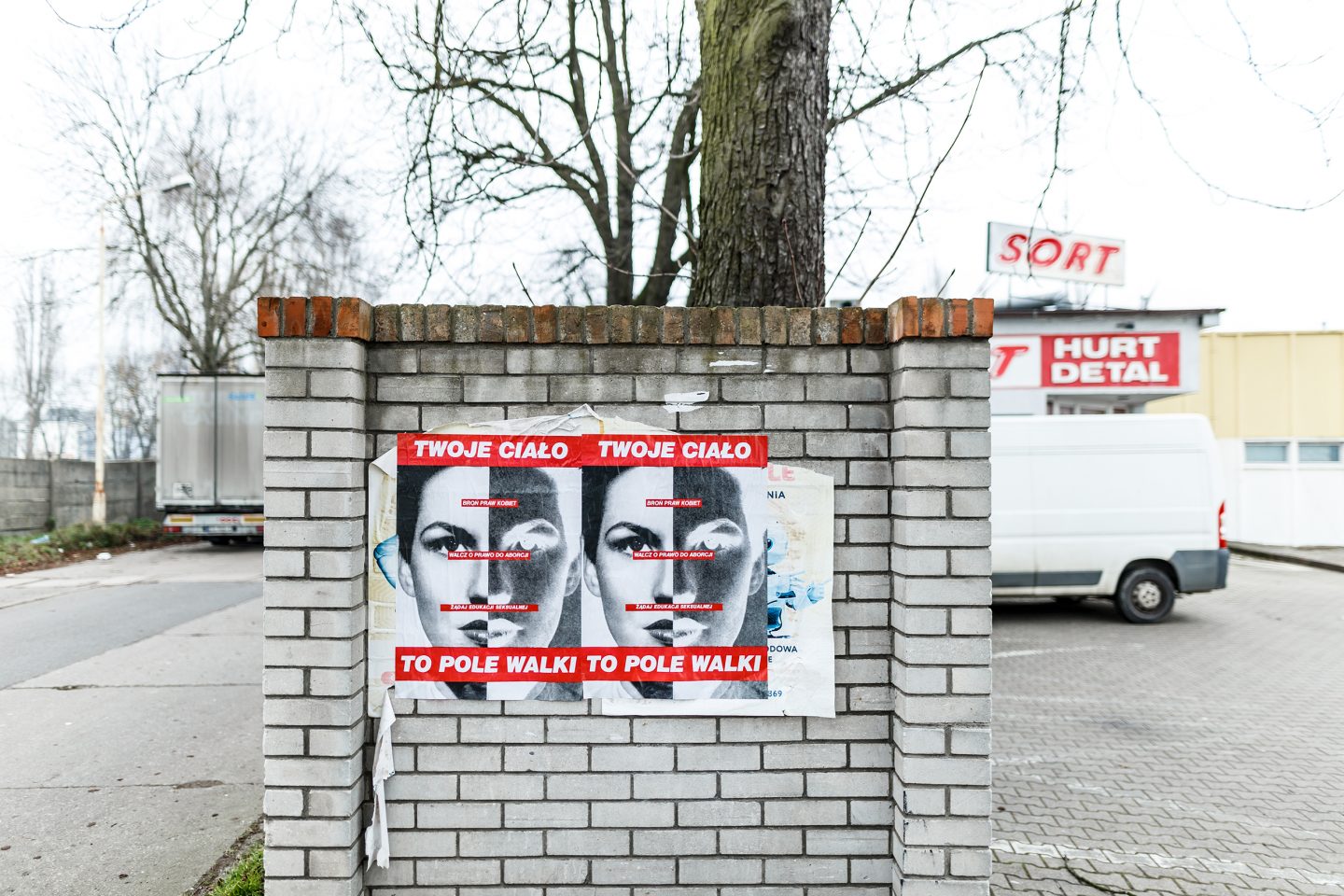 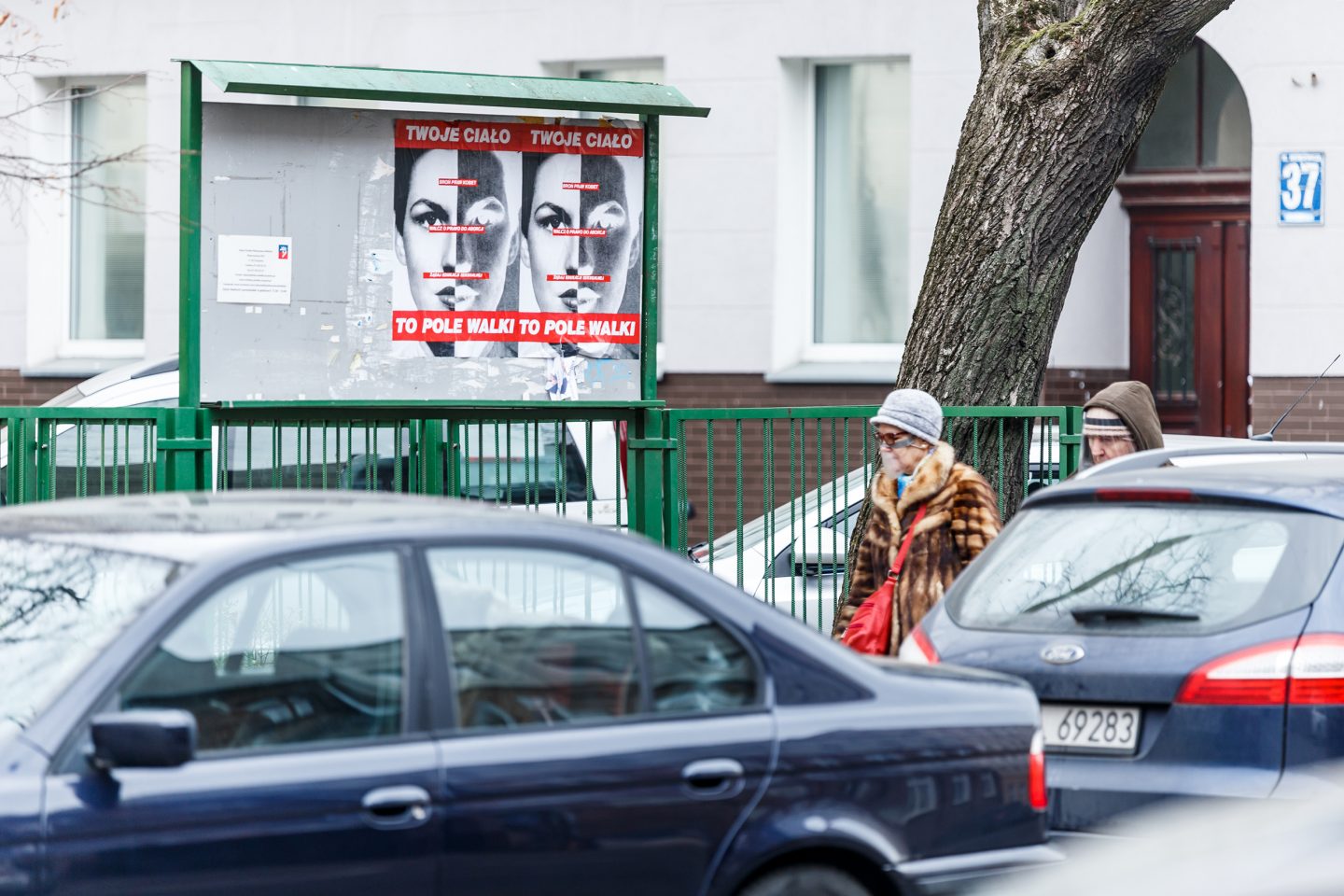 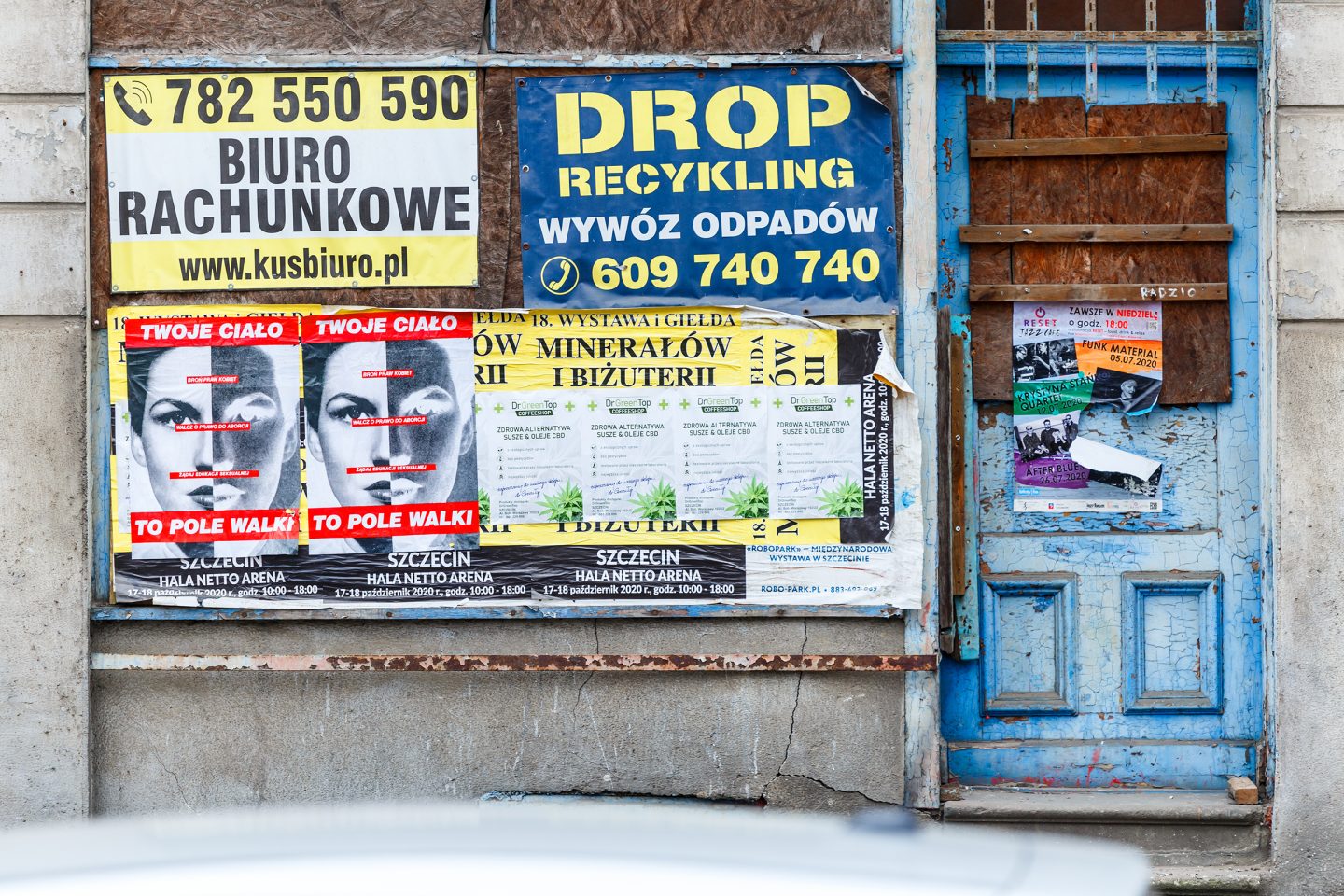 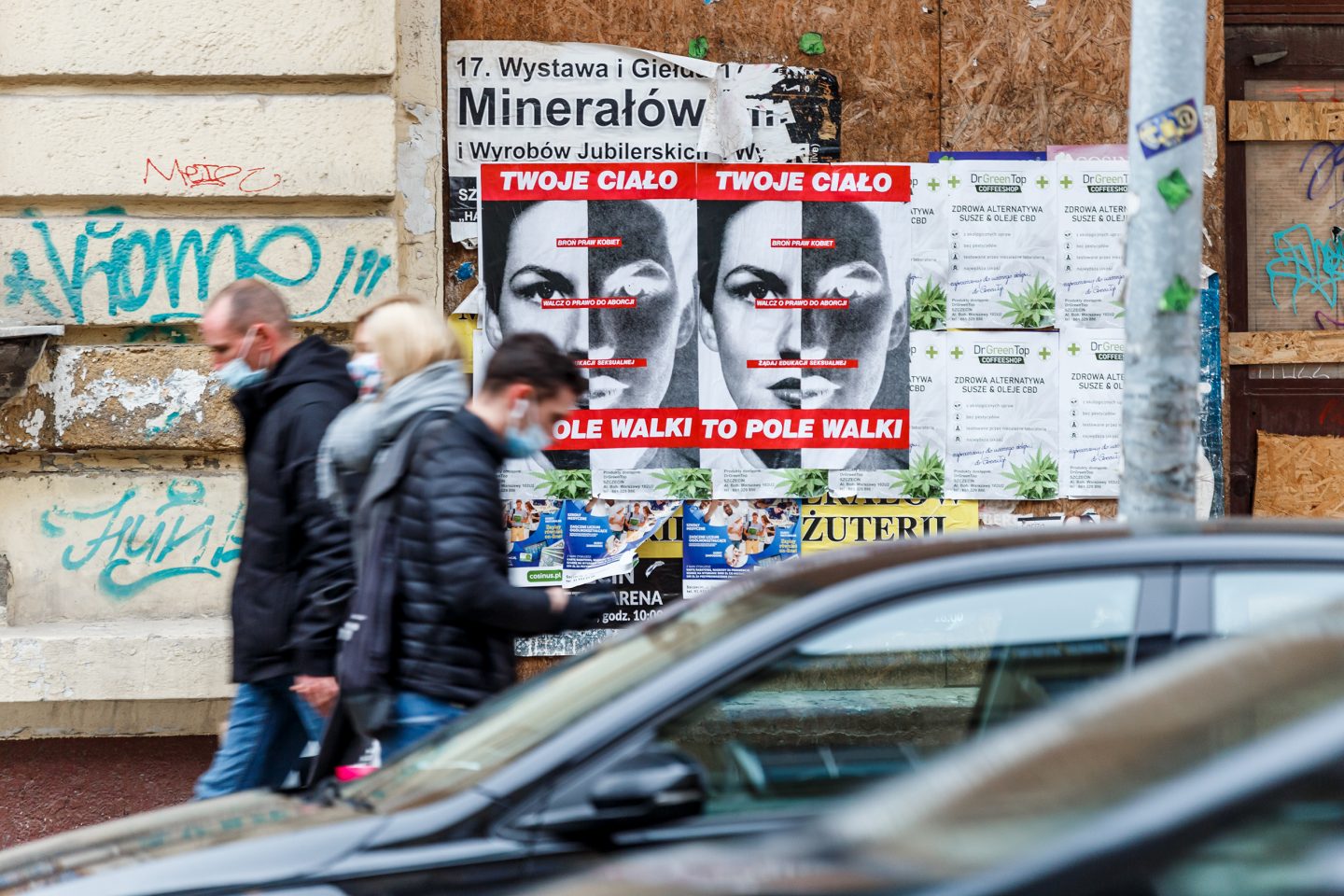 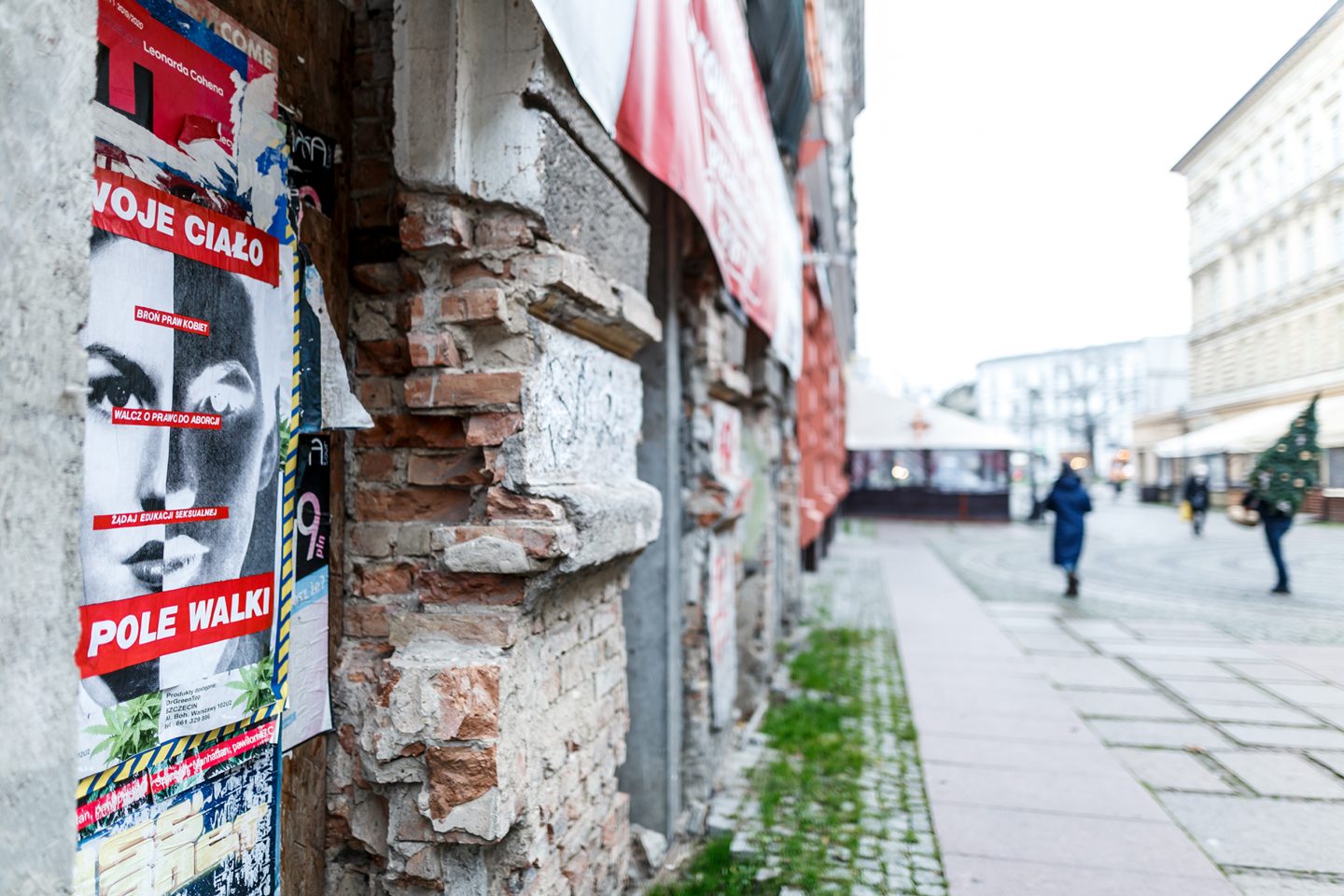 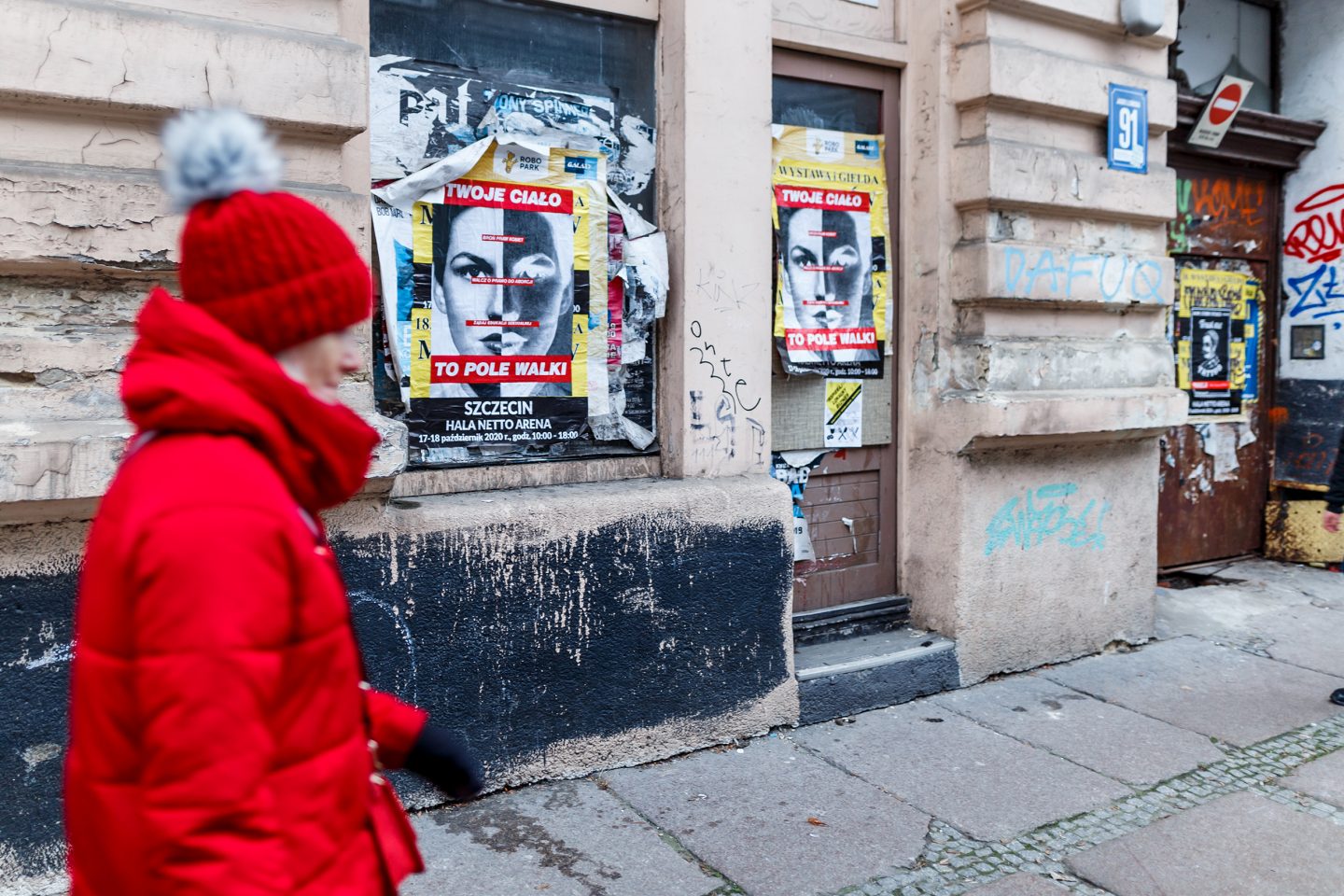 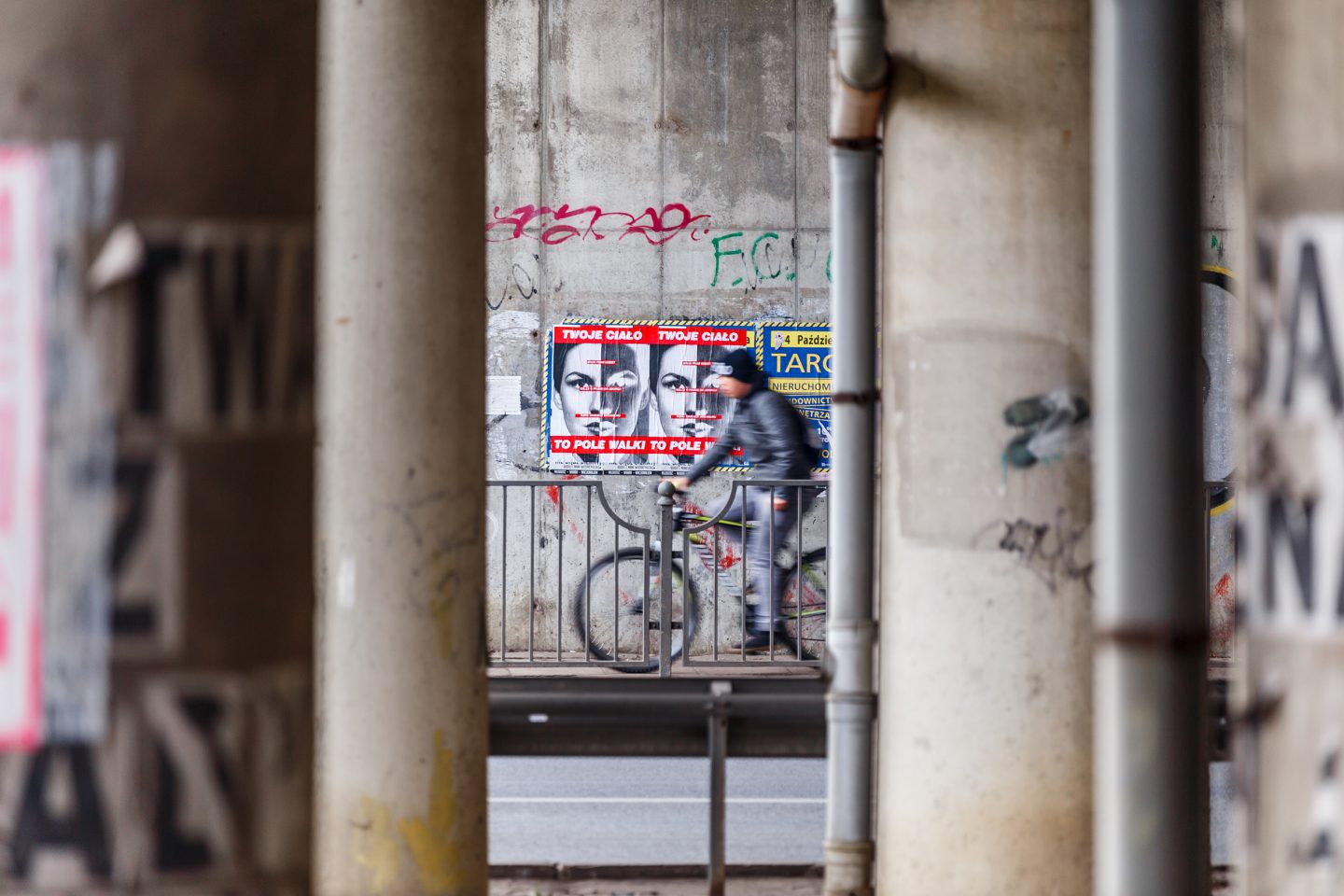 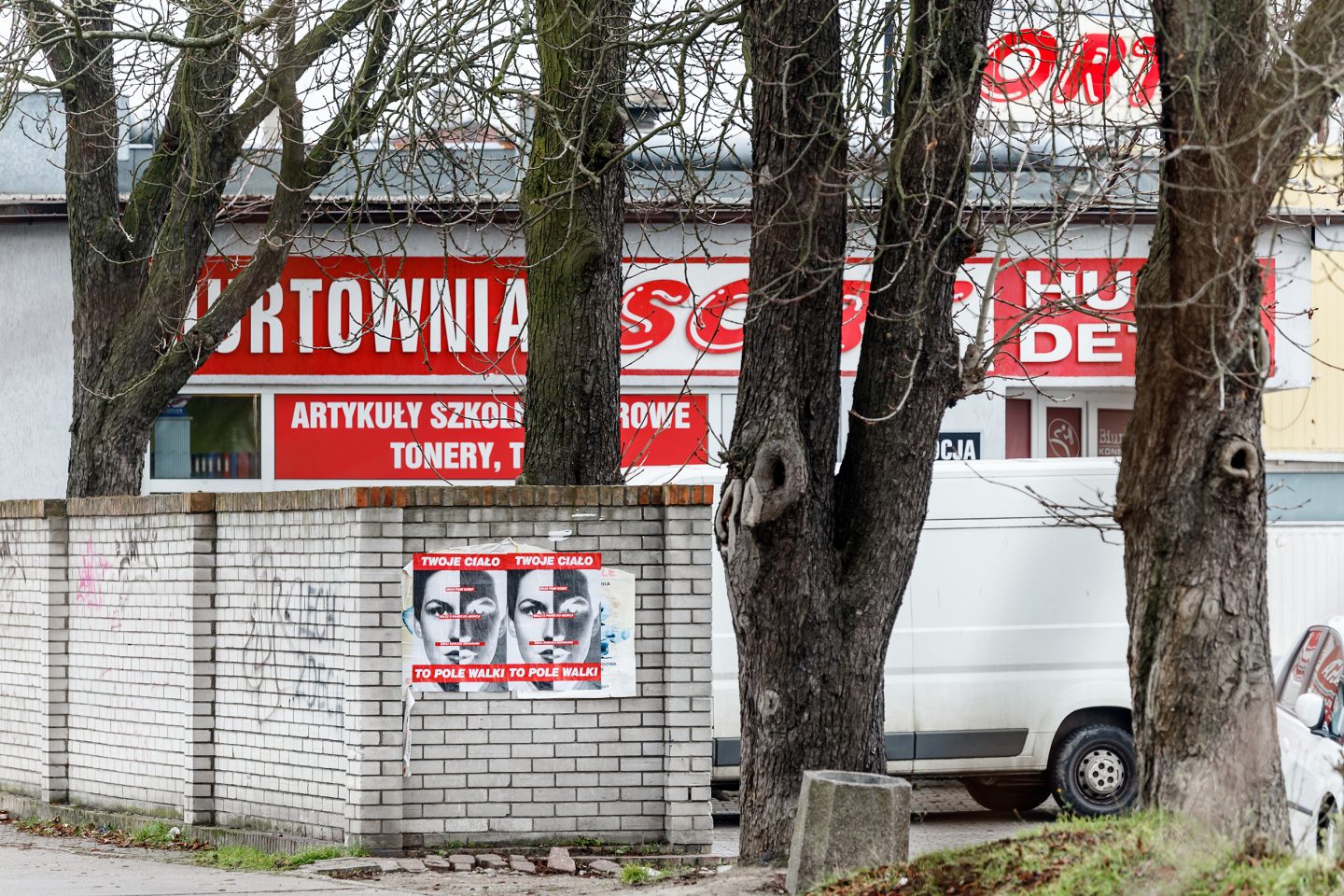