The exhibition, featuring a selection of works created by Szczecin-based artists, perversely tells the story of the post-war city and...
Uncategorized przetrwać zarazę

Barbara Kruger
Your Body is a Battleground

Barbara Kruger, Your Body Is a Battleground Iconic posters in the streets of Szczecin say: NO to violating women’s rights Passers-by...
Events

Since December 21, 2020, the façade of TRAFO Center for Contemporary Art in Szczecin has featured a new neon installation “The Free City...
Events

Please check: Anny Shaw, Barbara Kruger’s “Your Body is a Battleground” poster appears in Poland as protests flare up over...
Events

Lightning of freedom on the façade of art gallery

The world we live in has an ongoing problem with freedom. Both the definitions of the concept as well as the problem of remaining faithful to freedom in the practice of social co-existence have been subject to dispute. It has become the theme of art pieces, and the presence of art in public space is a touchstone of democratic freedoms. Our role is to stand by artists in their fight for freedom and independently created art. We cannot pretend that the mass protests of Polish women as part of the National Women’s Strike are irrelevant to art institutions – are of key importance to living artists.

Towards the end of the year, we are opening an exhibition that will research the current potential of artists associated with our city. Its title: “Whatever you come up with about yourself” is a quote from the novel “Bambino” by Inga Iwasiów. After 1945, Szczecin became a space where individuals could re-invent themselves in a relatively free manner, as compared to other parts of Poland. Combine their difficult past and hopeful future into a coherent story. It was one of the few freedoms available at the time.

Freedom holds an important position in the genotype of Szczecin. The Dialogue Center “Przełomy” pictures the metropolis as a city of rebellion. Piotr Krzystek, the Mayor of Szczecin released a statement in solidarity with recent women’s protests, in which he wrote: “As our history shows, (…) the march for freedom will not stop”. Women’s ongoing struggle for freedom to self-determination and right to decide about their own bodies and lives will be one of the narrative threads taken up by the artists and curators. It will be explored by Aleksandra Ska in her work titled “I’m pissed off!”, or by Karolina Breguła, through the stickers familiarizing the viewers with feminatives. Yet another element of the show is the exhibition of Barbara Kruger’s classic feminist poster “Your Body Is a Battleground” in the urban space of Szczecin. Although a couple of decades have passed since its creation, neither the aesthetics nor the message of the image have lost their relevance or power of influence.

Andrzej Wasilewski refers to Szczecin as the “free city” in his neon installation displayed on the façade of TRAFO Center for Contemporary Art. The building itself has its own story to tell – based on facts, but not without fantastic elements. Jagoda Dukiewicz will screen the sentence: “This house educates the unashamed, wise, strong and faithful individuals into the disobedient, malicious, wayward social scum, disgusting and neglected persons”, which is a paraphrase from the statement of the Reformatory and Spinning School for “disobedient” girls, operating in place of TRAFO in the 18th century.

Finally, until the 1950s, the present gallery building housed a power distribution center. Nowadays, it serves as a platform used to transform contemporary art into the energy of social change, which has been reflected in the decision of the exhibition curators to display the red lightning symbol on the façade. In quiet times, it serves as a warning against the risk of high voltage. In the recent weeks of social unrest, it has signalled a tension in relations with the political authorities, a friction likely to cause an “electric” shock.

A dispute, a conflict over freedom, a rebellion against the power, alongside the desire to re-establish oneself, seem to be the core components that constitute Szczecin’s identity. The works showcased in the exhibition look for and track various narrative threads, which come together under the concept of freedom – the fantasy of the artist, existential liberation, freedom of public expression. It thus confirms that contemporary visual arts remain an accurate, useful and inspiring tool for examining the times and spaces in which we live and, hopefully, build a community based on respect for freedom.

The project is presented as part of the exhibition Whatever you come up with about yourself. The show will be on view in the second half of February, with the exact opening date to be confirmed soon.

with guest participation of: Barbara Kruger, Untitled (Your Body is a Battleground) Polish version, 1991/2020

Courtesy of the artist and Sprüth Magers, Berlin.
The work is held in the collection of the
Center for Contemporary Art Ujazdowski Castle in Warsaw.

curator and author of the exhibition concept: Stanisław Ruksza

The exhibition Whatever you come up with about yourself is financed by the City of Szczecin. 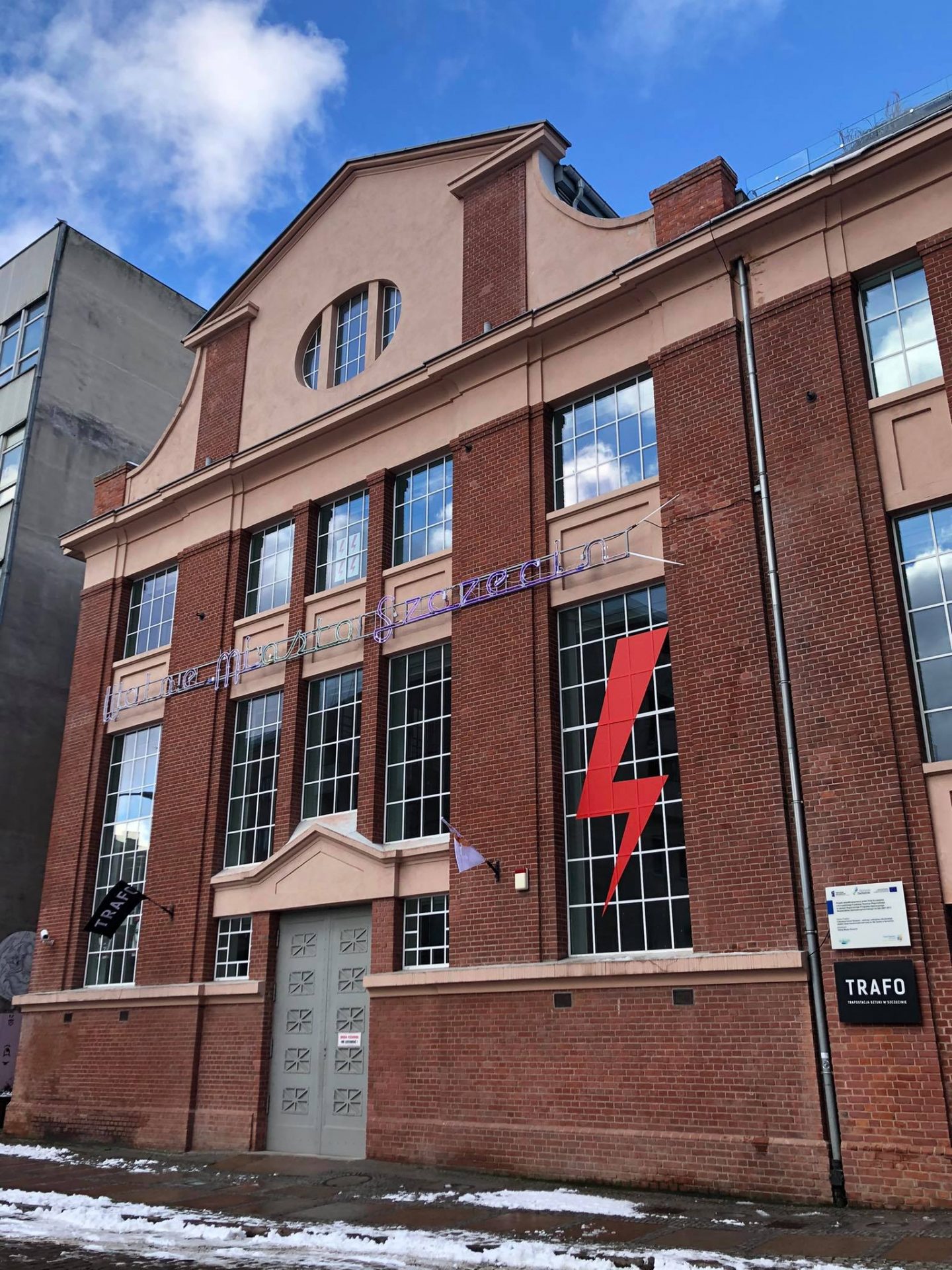 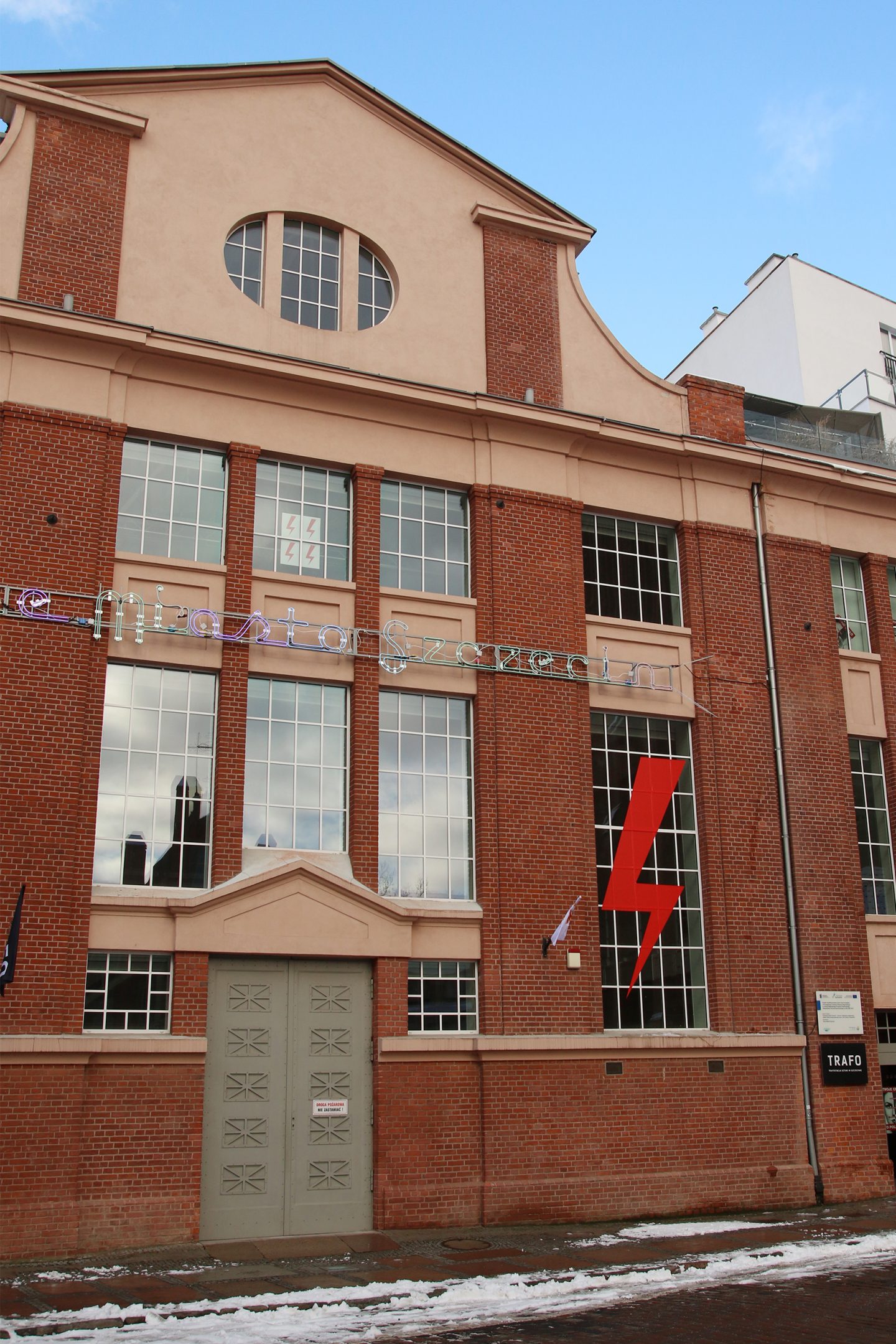