The flag of Monika Drożyńska is a part of the artist’s “notes” from the first lockdown. The symbol of Victoria, with a two-meter distance between the index and middle fingers, reflects the frustration and helplessness of the world’s population during the pandemic. The need for protest collided against the new rules of life imposed by the government. As the artist claims, the pandemic regime was treated instrumentally by the authorities. For this reason, the original flag suggests a similar approach of citizens to one of the formally prescribed rules: “keep a safe distance from another person”.

The flag, which can now be seen on the facade of the TRAFO building, was previously displayed at the Arsenał Municipal Art Gallery in Poznań, the Nuremberg House Cultural Center in Nuremberg, during the Biennale Warszawa, at the European Solidarity Center in Gdańsk.

Monika Drożyńska (1979) was born in Nowy Sącz and grew up in Gorlice. She graduated from the Academy of Fine Arts in Krakow, where she is currently a PhD student. Embroiderer, activist, visual artist. She is interested in non-normative writing techniques, which she researches with the help of hand embroidery on fabric. Drożyńska collaborated with the Zachęta National Gallery of Art, the Center for Contemporary Art Ujazdowski Castle, the Contemporary Art Museum in Wrocław, Mumok in Vienna, Ludwig Museum in Budapest, Bozar in Brussels, Sotheby’s. Tel Aviv. She is represented by Biuro Wystaw/Polska Fundacja Sztuki Nowoczesnej. 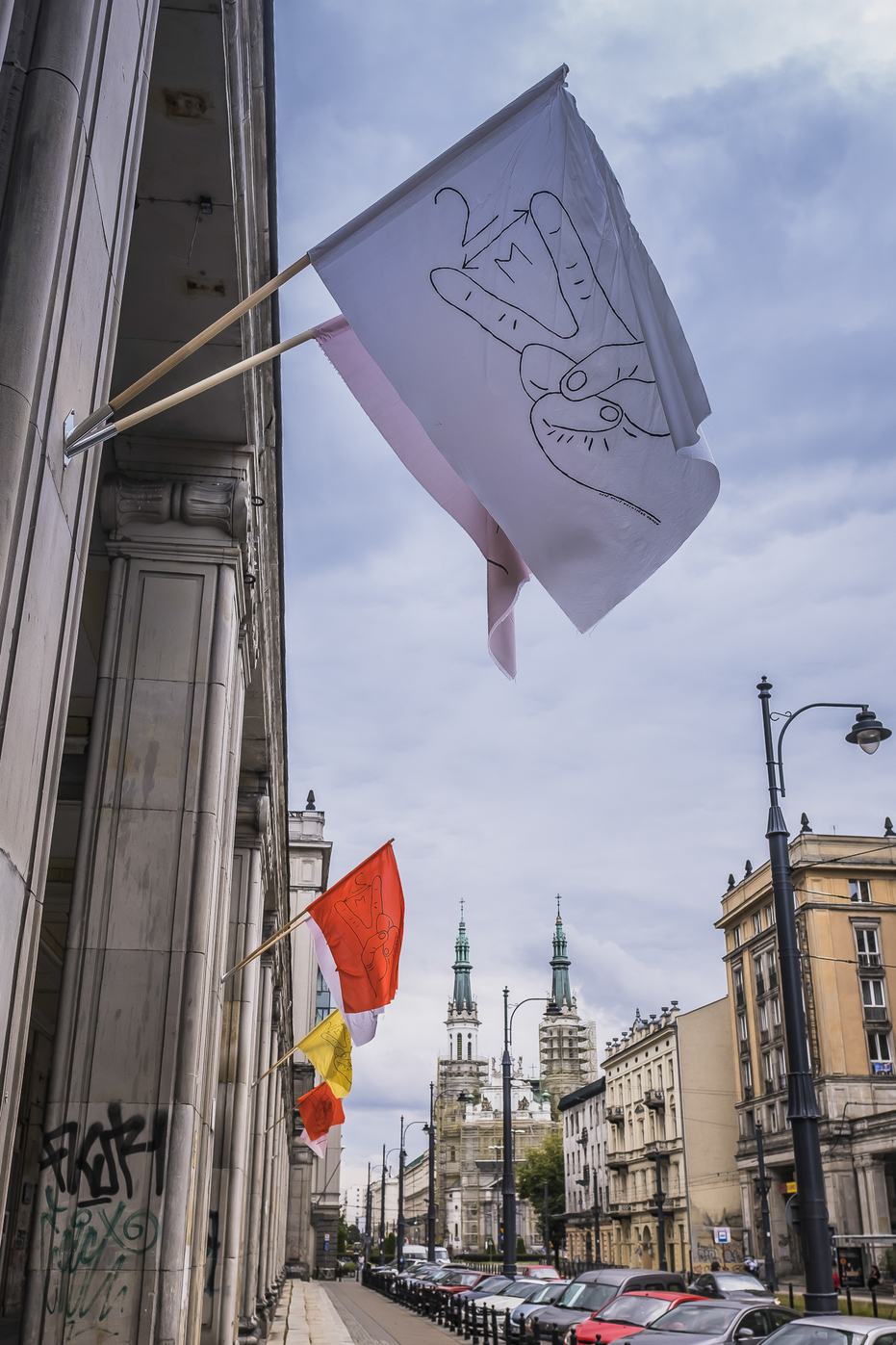 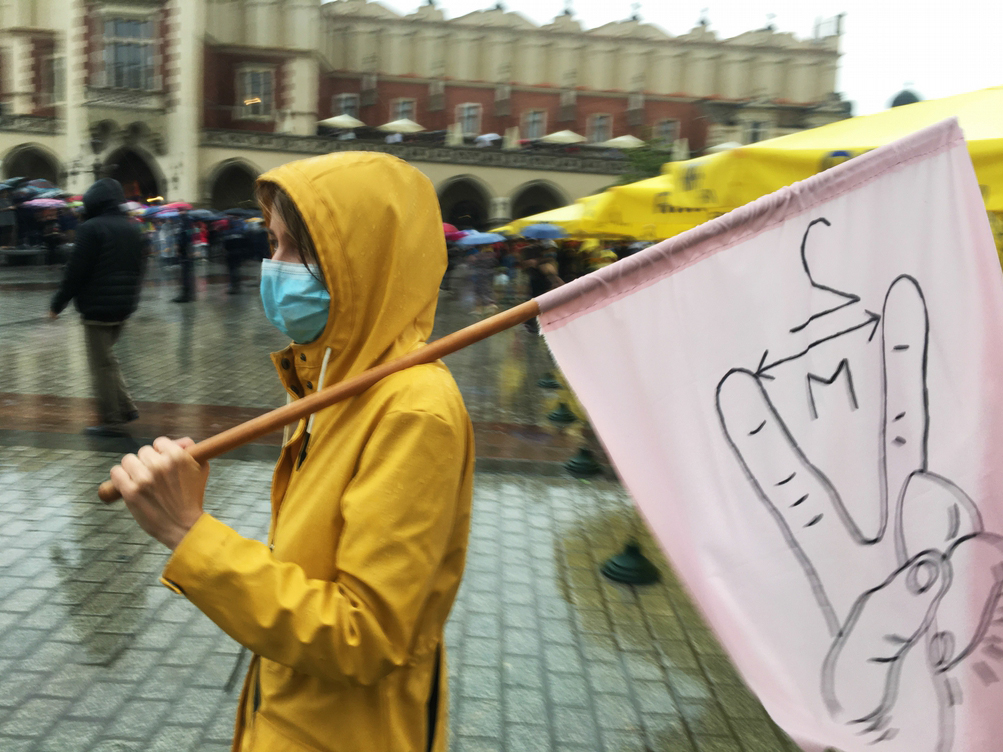 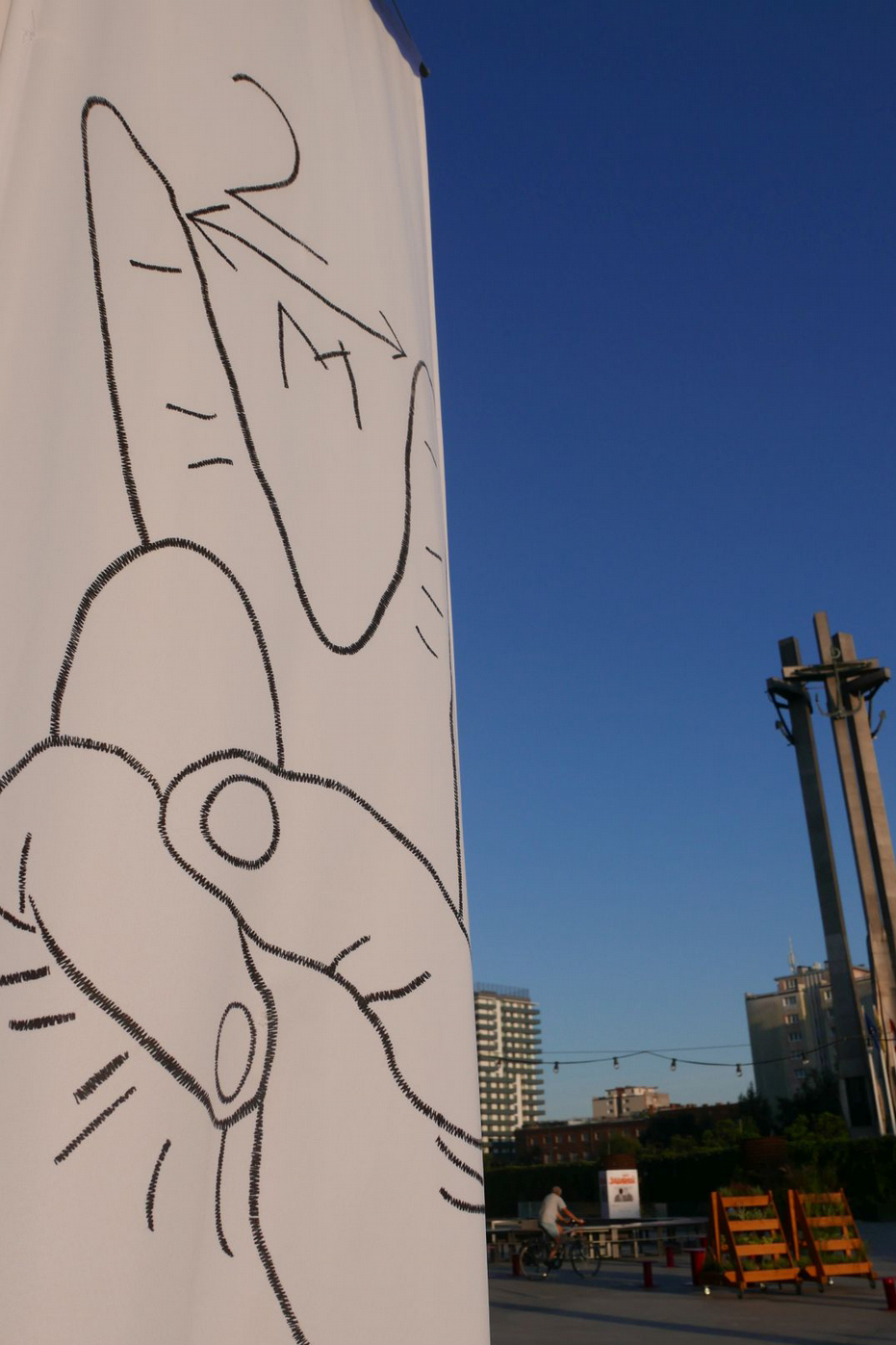 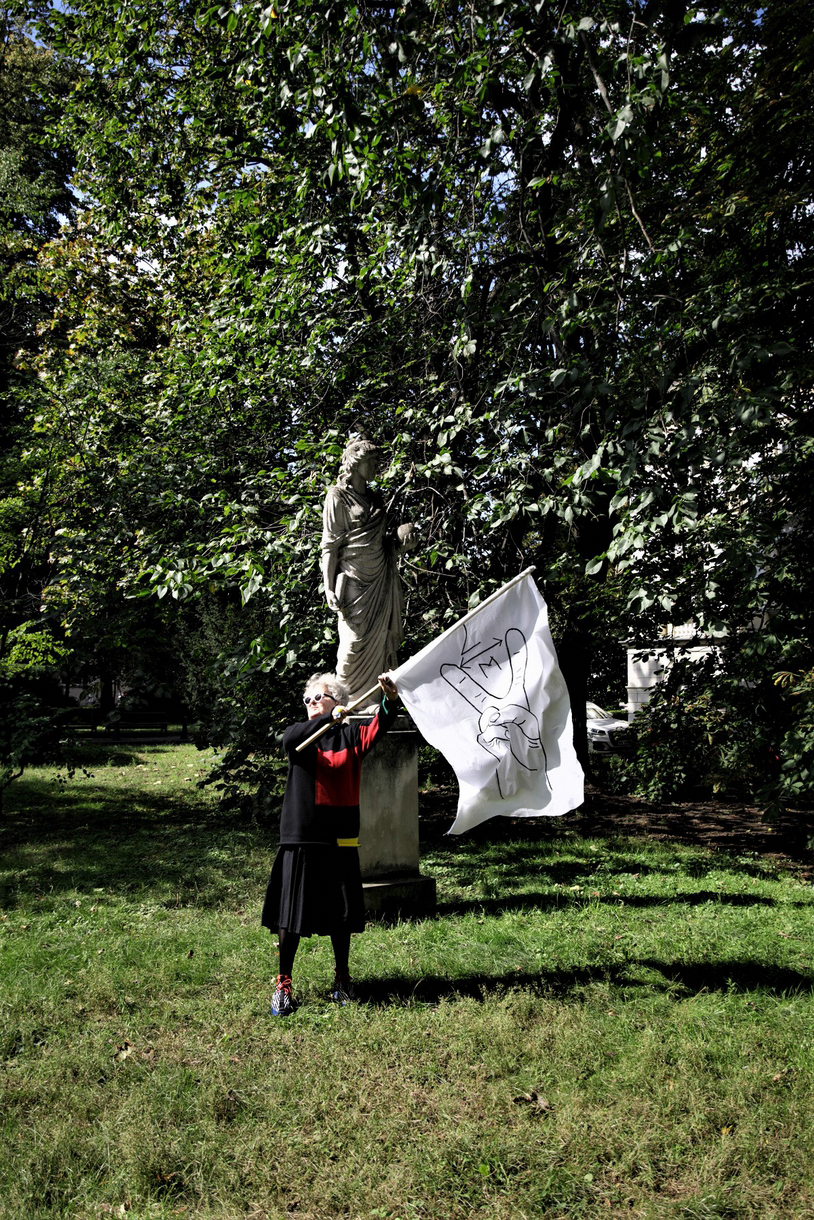