Guided tour of the exhibition Michał Jankowski “The Blind” with the curator Stanisław Ruksza.

The show exhibits the latest series of paintings by Michał Jankowski (born 1977), in which the artist realistically and meticulously depicts various human types – representatives of a broad social spectrum. With an eye symbol smeared over the surface, the images are stigmatized in a schematic way, bearing certain resemblance to graffiti. The fastidiously painted canvas is consciously subjected to destruction by the artist’s gesture. In the history of culture, from ancient and biblical texts to Shakespeare’s and romantic “eyes of the soul”, the eye has typically referred to the ability to see, to become enlightened and to gain wisdom through seeing; seeing has been close to knowledge. At the same time, the organ of sight makes an obvious reference to the basic tool of perception in art.

In Jankowski’s works, the open eye, dripping with paint, crossing out identical faces of apparently different people, seems to call us to wake up and open our eyes. What for? The disturbing gaze from the canvases is fixed on the viewer. The pessimistic overtone of the works raises a number of difficult issues of the present day: the problems we are aware of but do not want to see, with the clearest examples being the irreversible climate catastrophe or the fate of humans and other living creatures, the victims of merciless violence practically in every sphere of contemporary social life. Nobody is innocent. We are blind, hypocritical, we invoke values and deny knowledge, we accumulate history that teaches us nothing. The Blind – a collection of fears, an open slaughterhouse of the times of the cynical end of post-enlightenment. 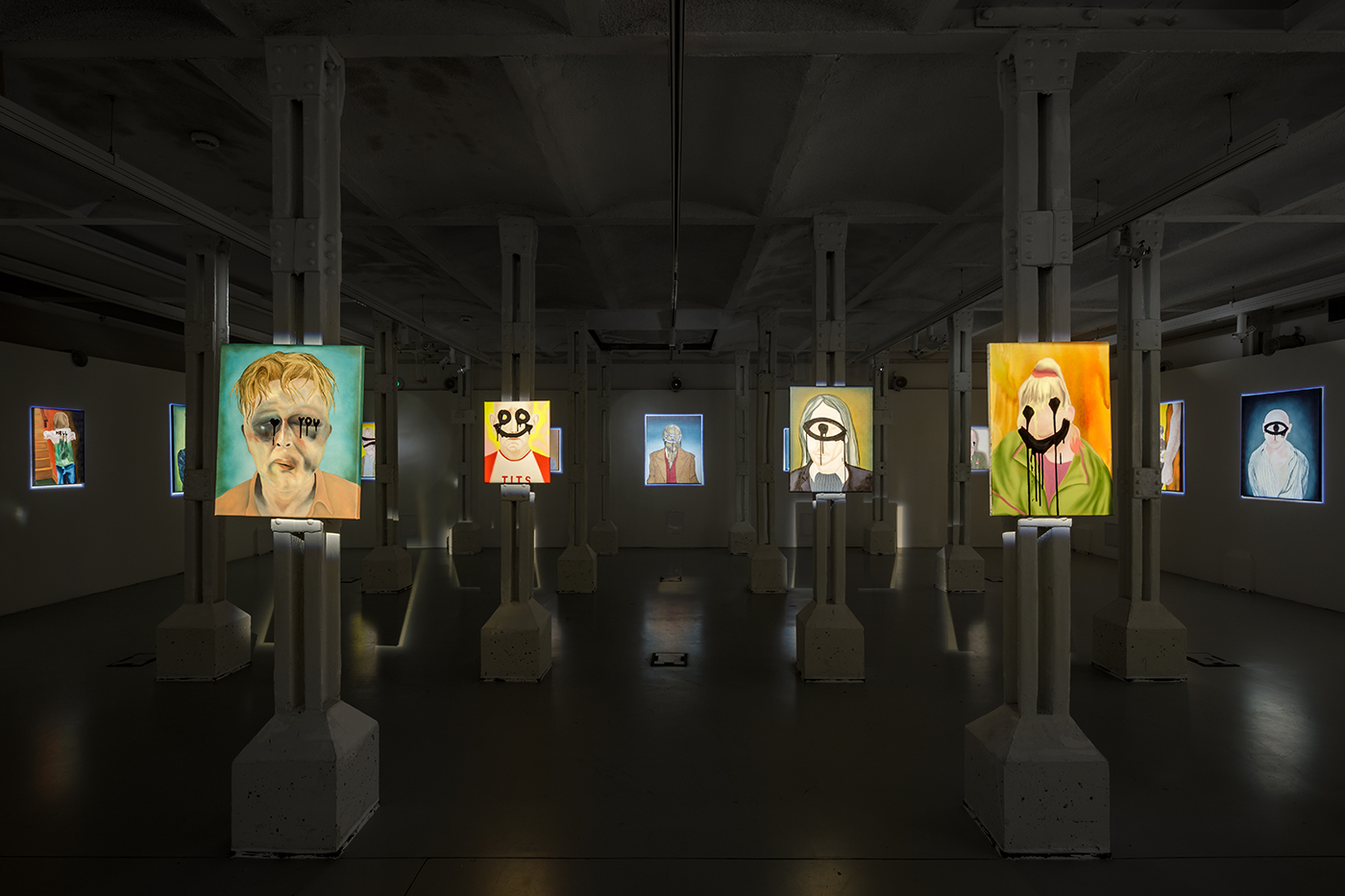 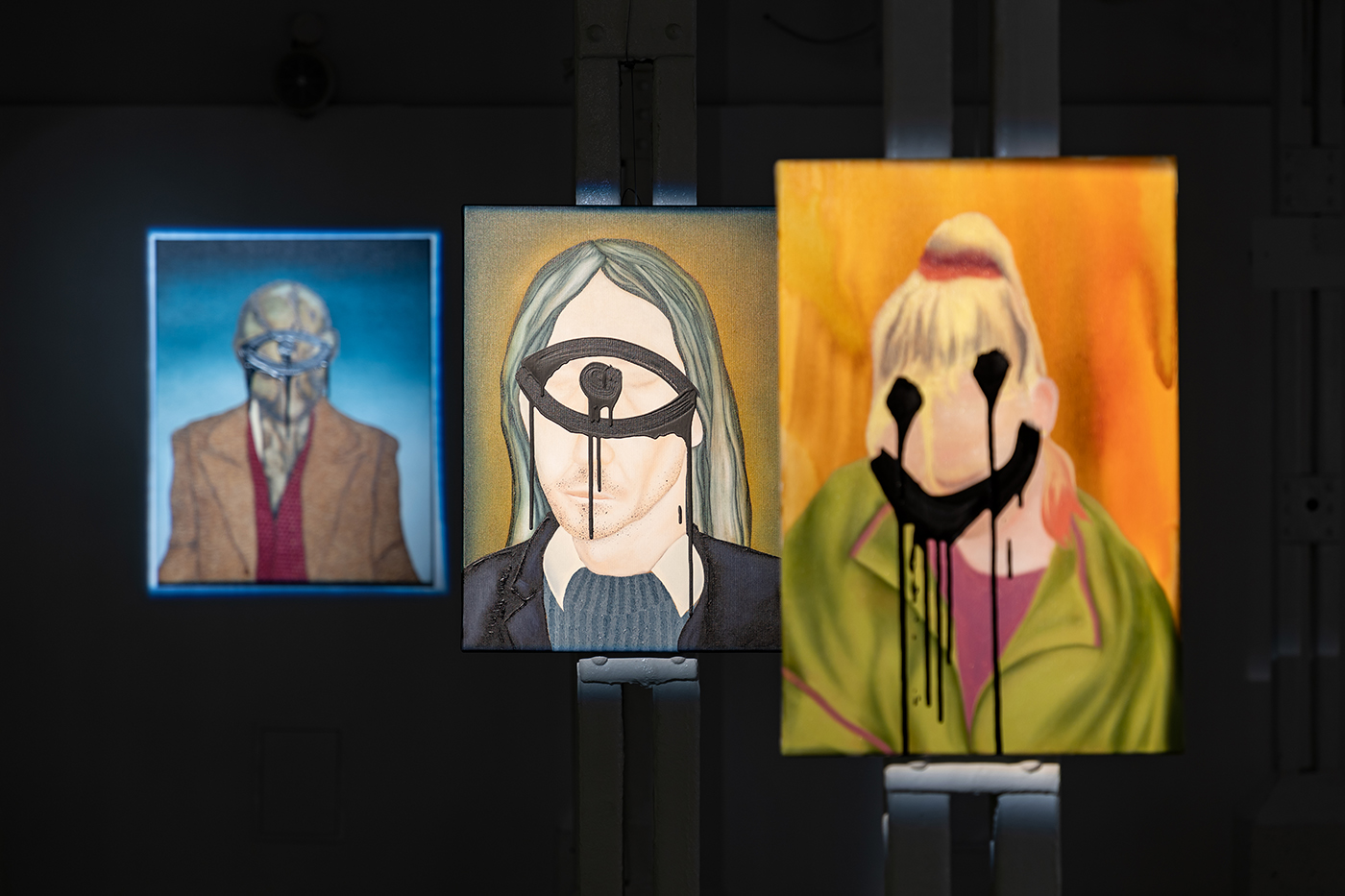 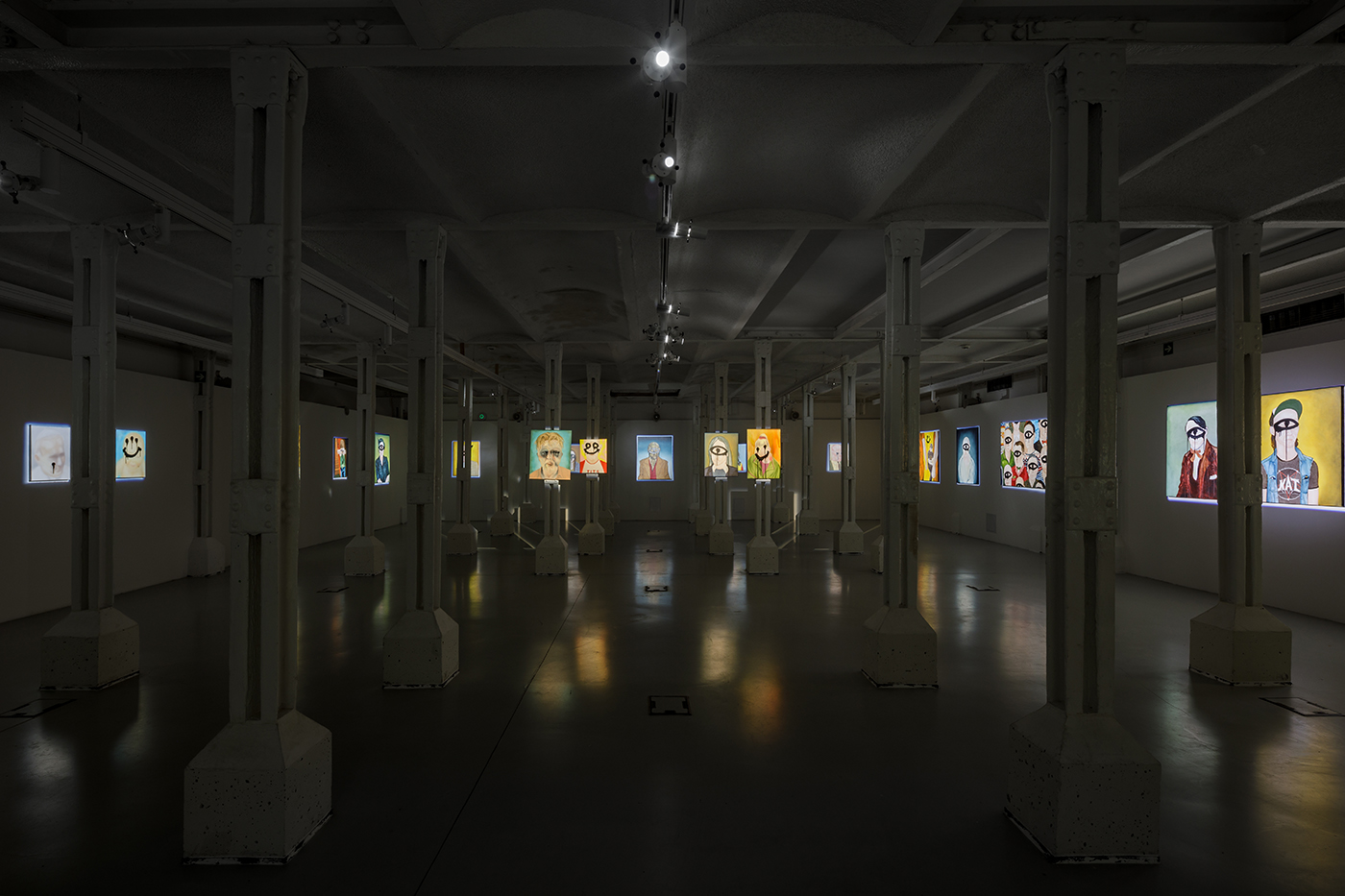 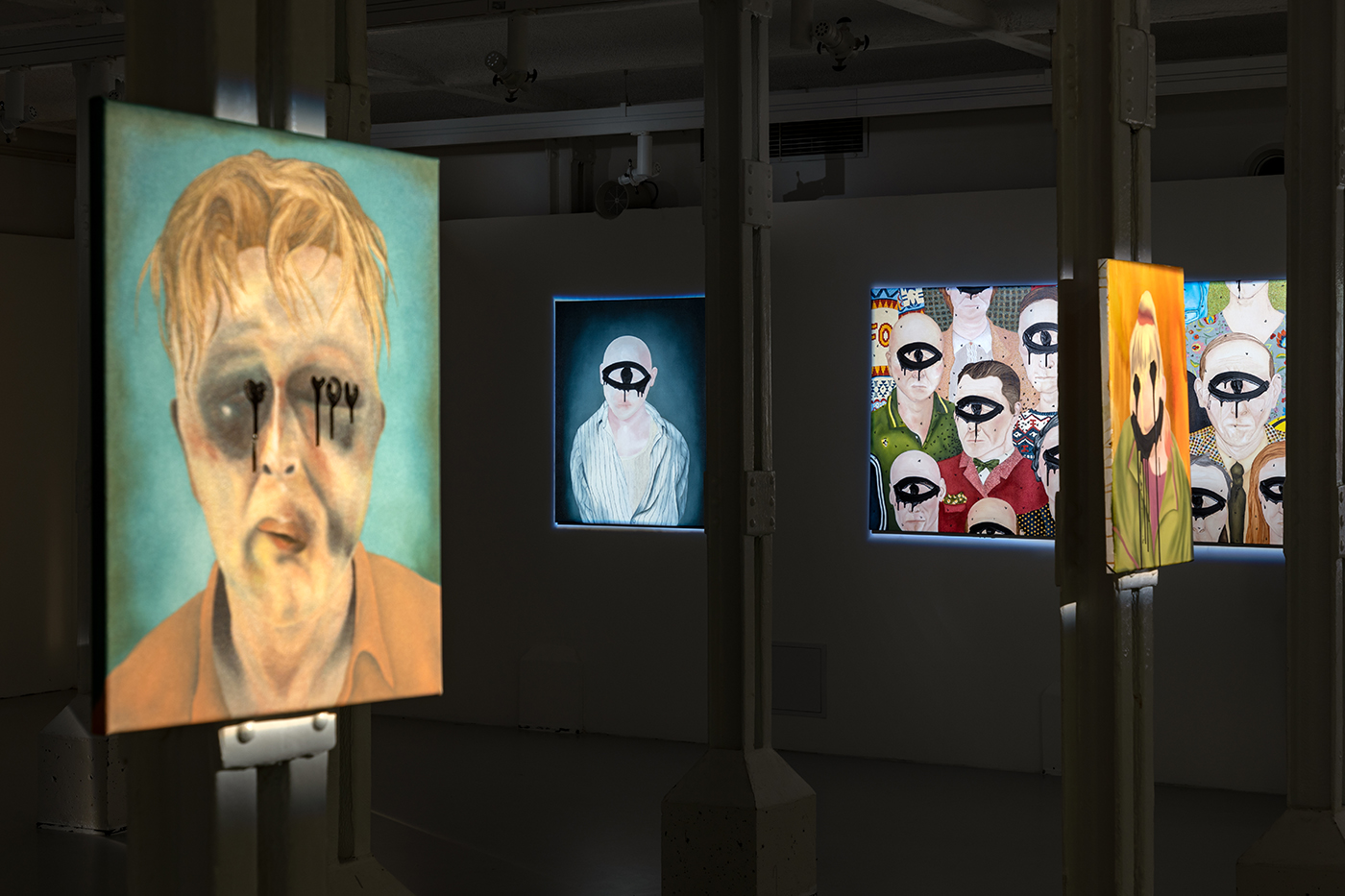 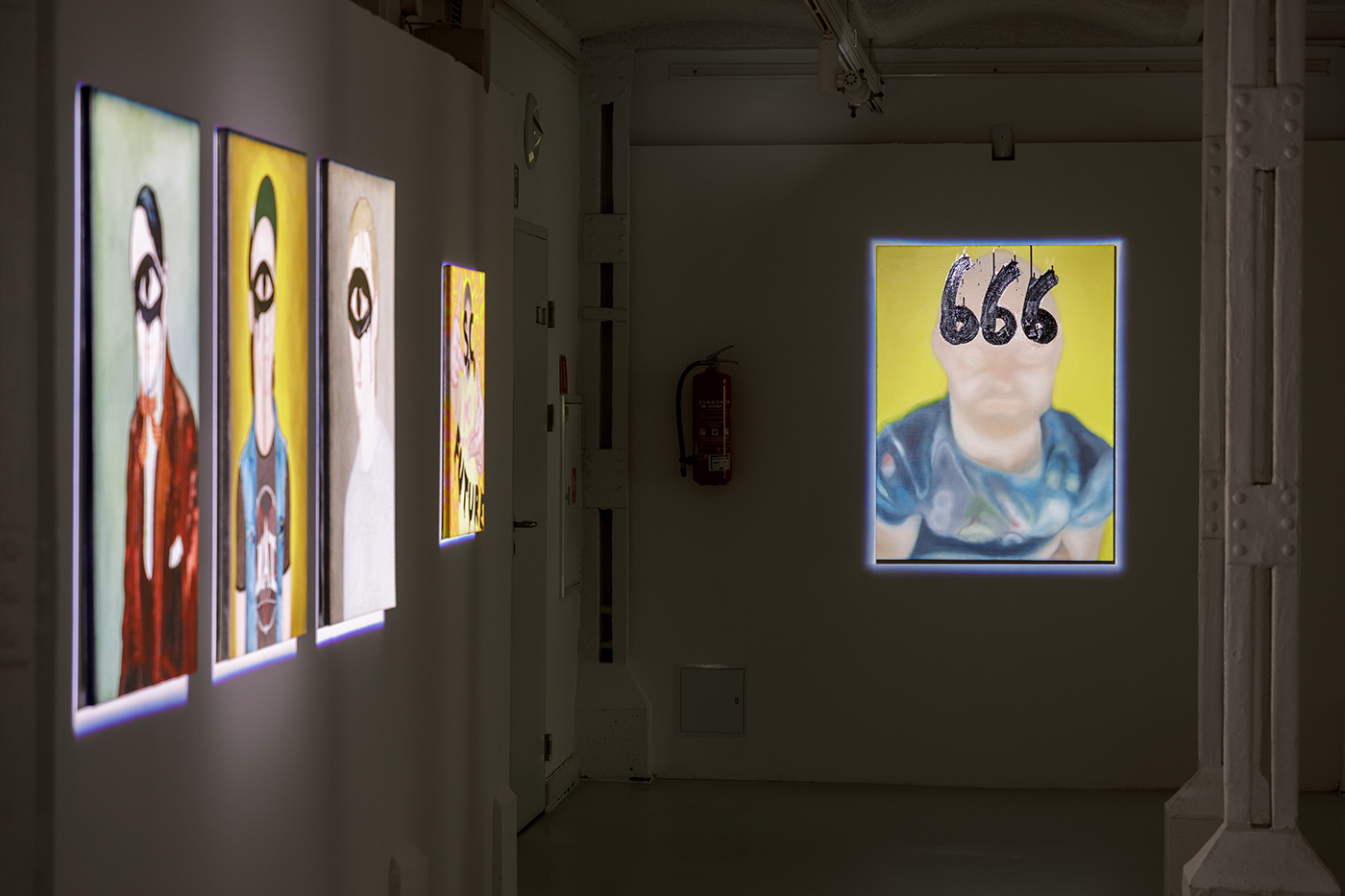 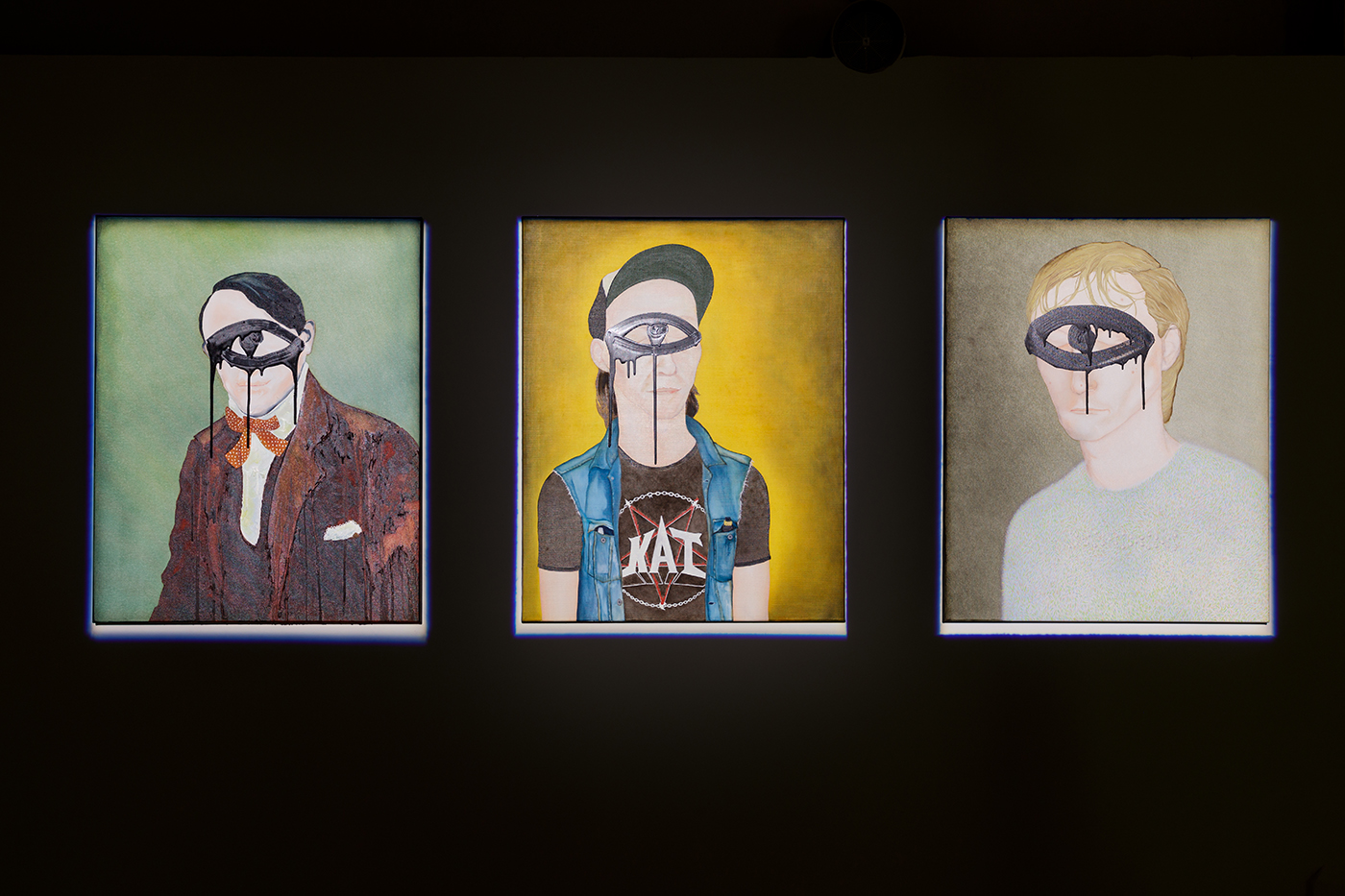 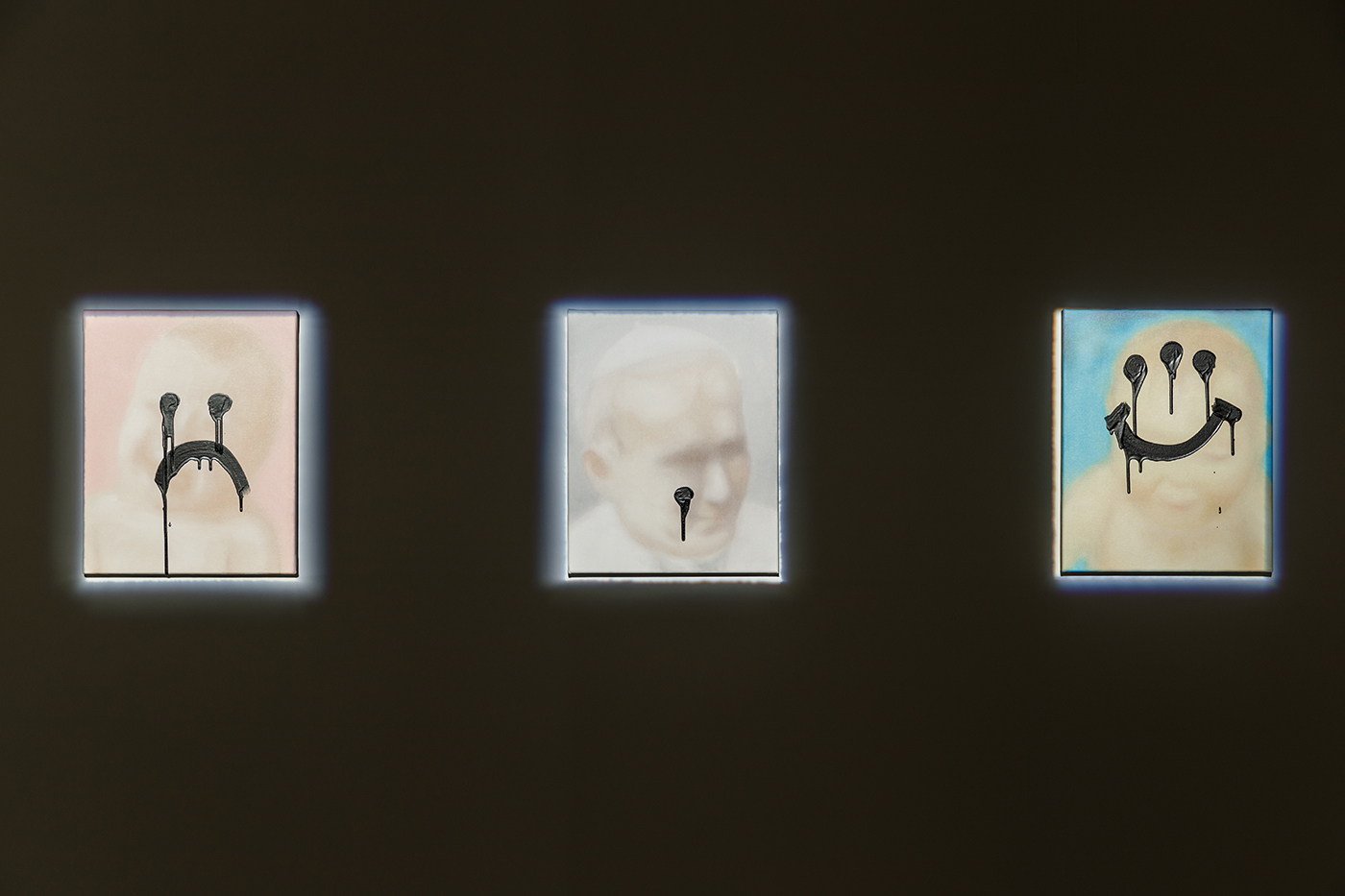 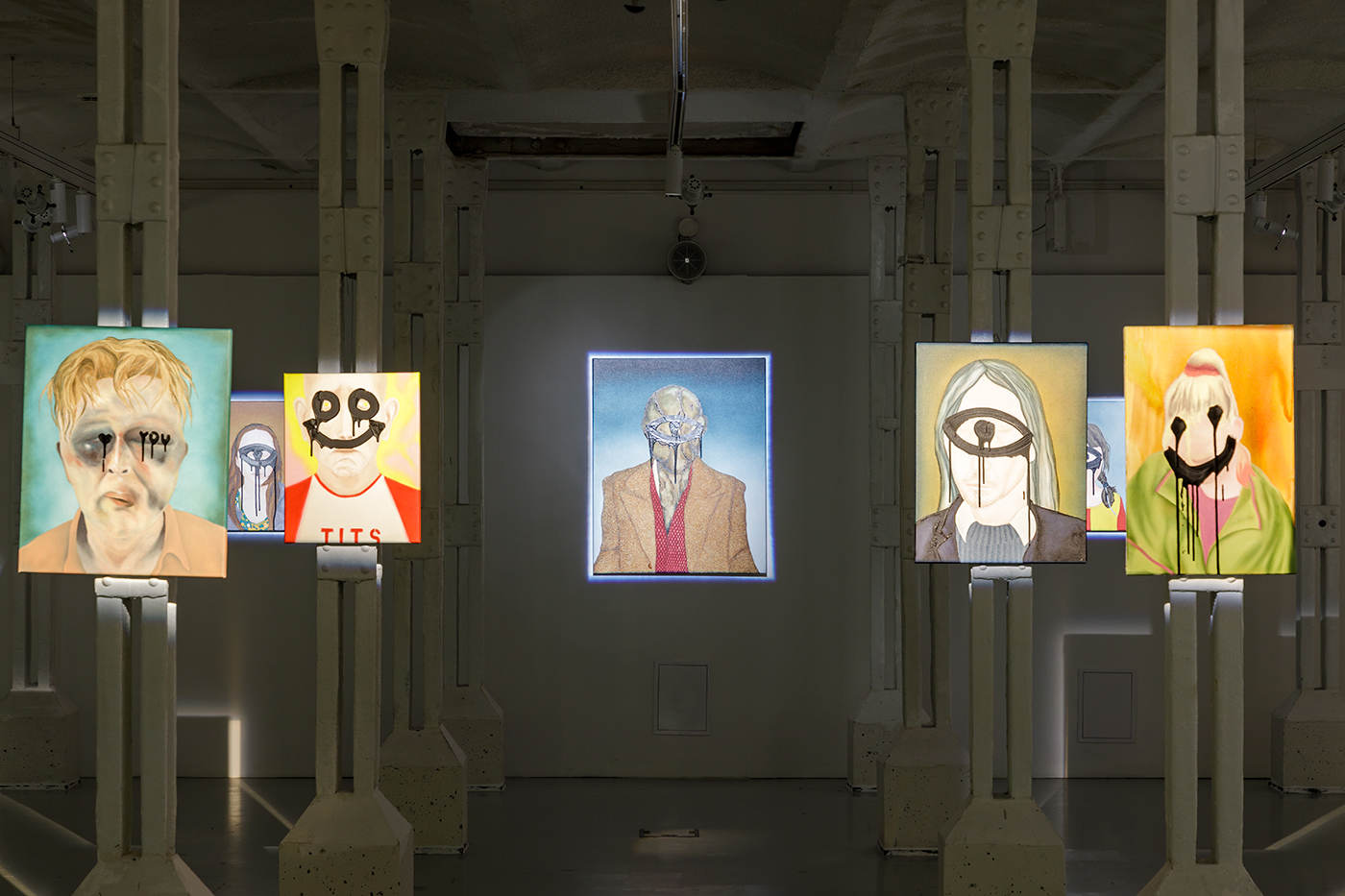 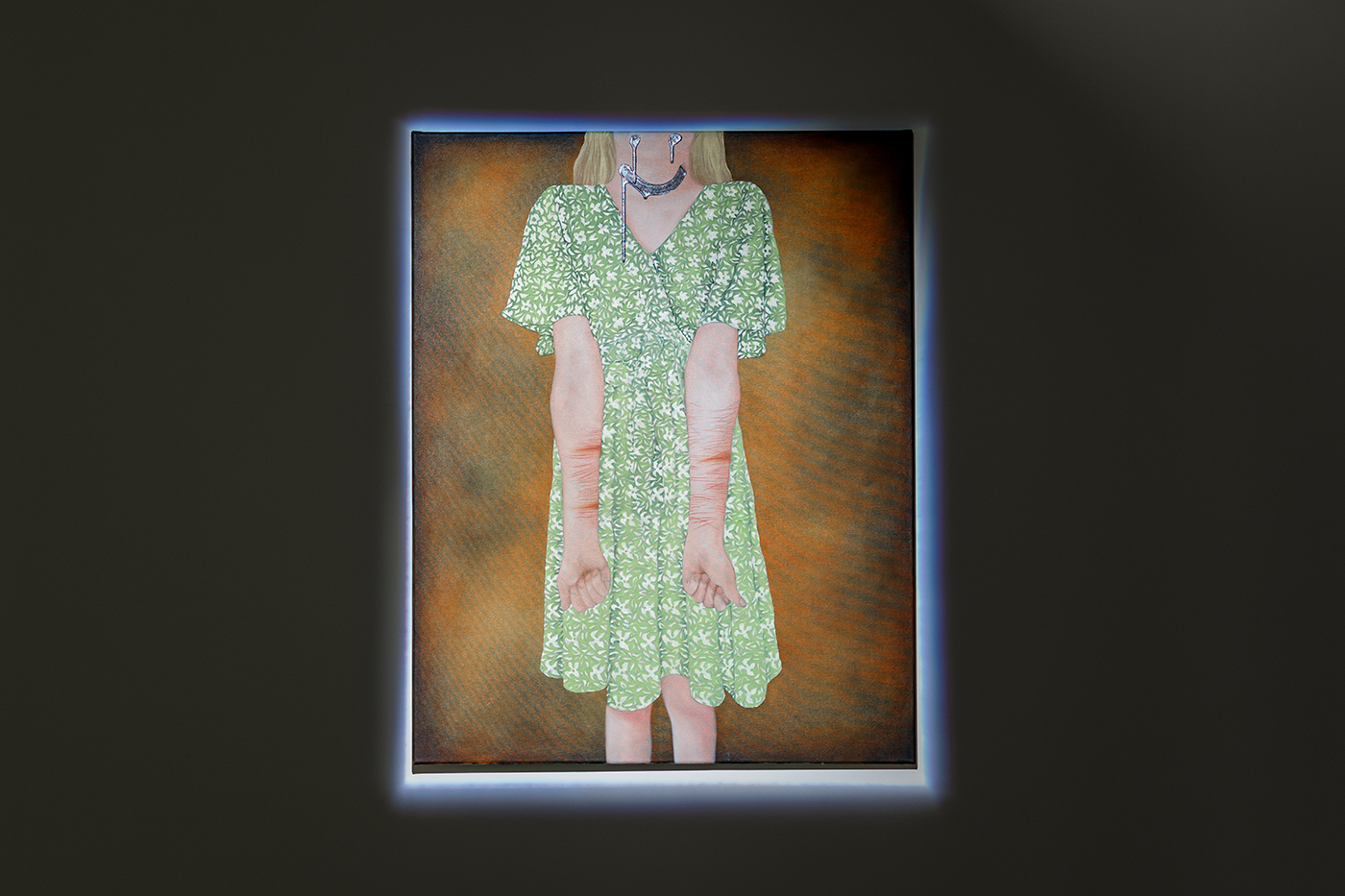 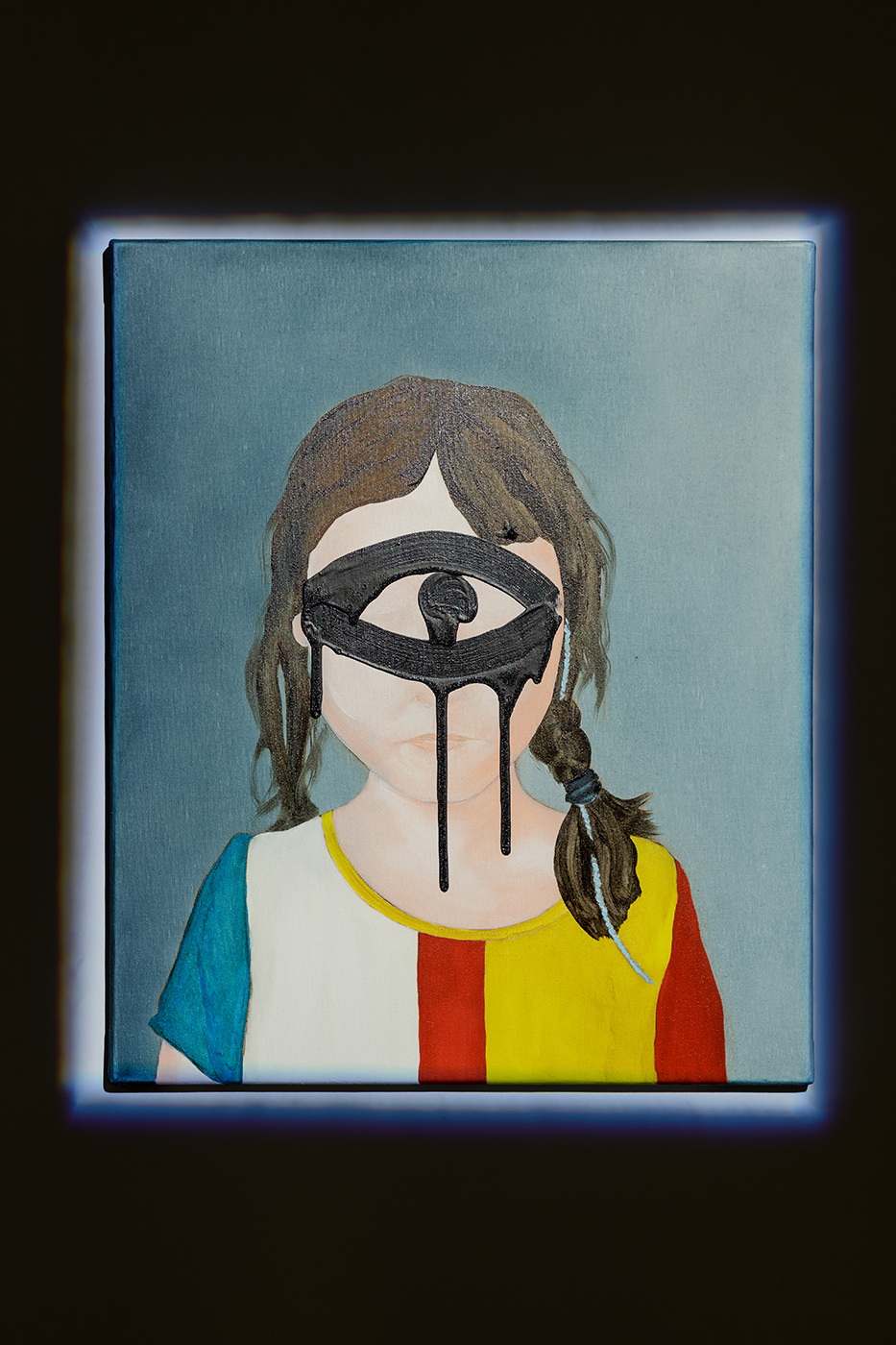 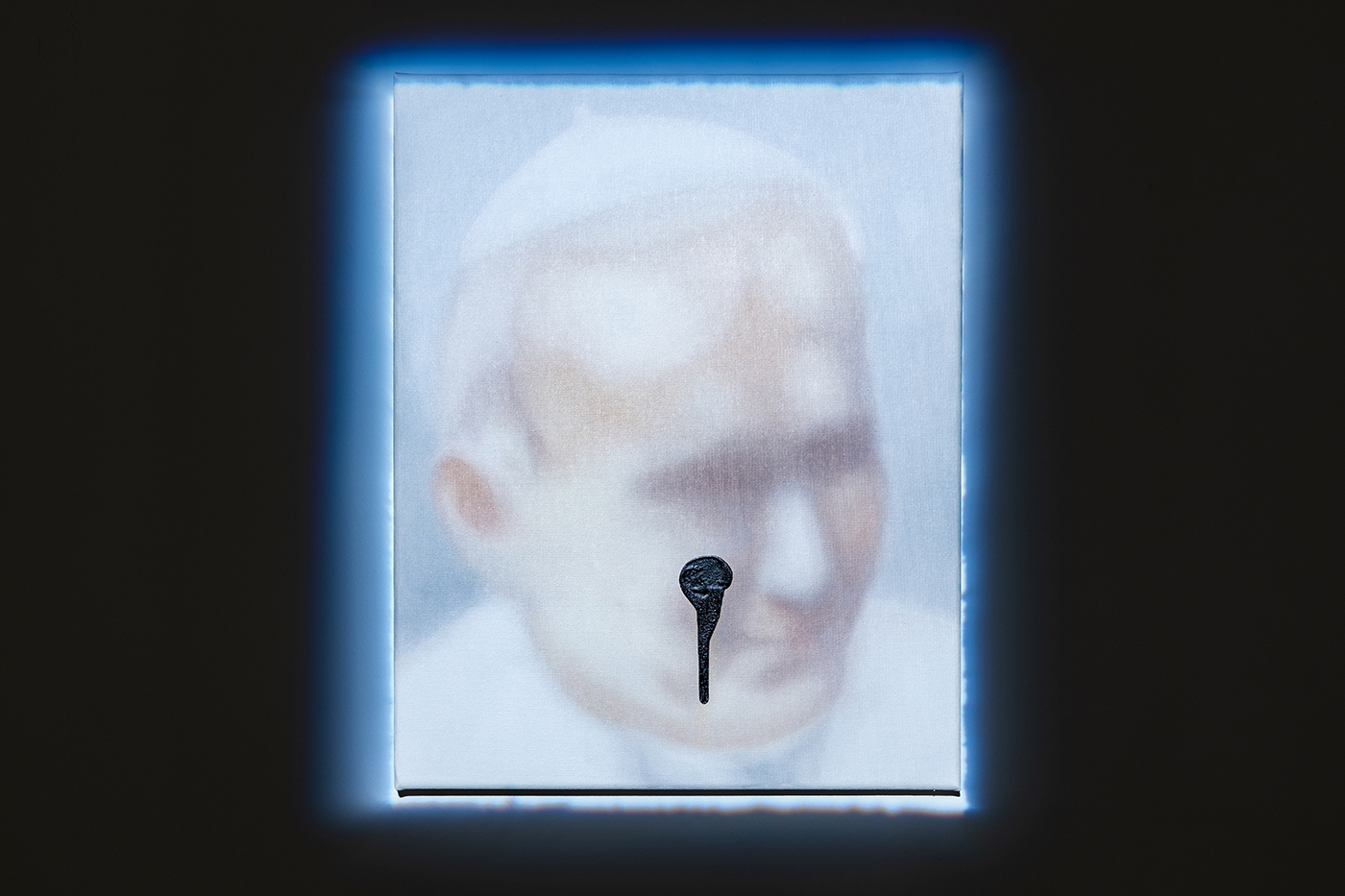