August 80 is one of the most important events in the history of the identity of Szczecin.

On August 30th, 1980, the first social agreement between independent trade unions and the government was signed in Szczecin, following the strikes of July and August. Similar agreements were concluded on August 31st in Gdańsk and September 3rd in Jastrzębie-Zdrój. The August Agreements concerned basic civil and labor rights, pay rise, compensation for the rising cost of living and social privileges. They also provided for preventing censorship, releasing political prisoners and stigmatizing the abuse of power.

The Szczecin Agreements were an important step on the path to the future reconstruction of the civil society in Poland. At the time, they were considered an informal civic constitution, which functioned parallelly to the national one.

The celebrations of the 40th anniversary refer to the key identity event of August 80. The above reference is made not so much by commemorating the meaning of the incident in terms of martyrdom, but through emphasizing the role of the Agreements and their current symbolism in the face of the challenges of the developing modern city that Szczecin is nowadays. A number of issues discussed in the August Agreements form an integral part of social re-negotiations observed across modern societies, which is reflected in the full name of the celebrations: August 80’ – Szczecin’20. Contemporary Szczecin is a city based on dialogue, openness, collaboration and understanding, striving to create a community, provide for a fair redistribution of goods, equal treatment of all citizens as well as sustainable development.

Finally, August 80 – Szczecin 2020 is a living poster gallery that can be visited during a walk around the city. Acknowledged Szczecin-based poster artists representing different generations were invited to participate in the project. They use different poster language to create a street gallery of large-format posters, referring to the historical event and the lesson a contemporary city can learn from it. 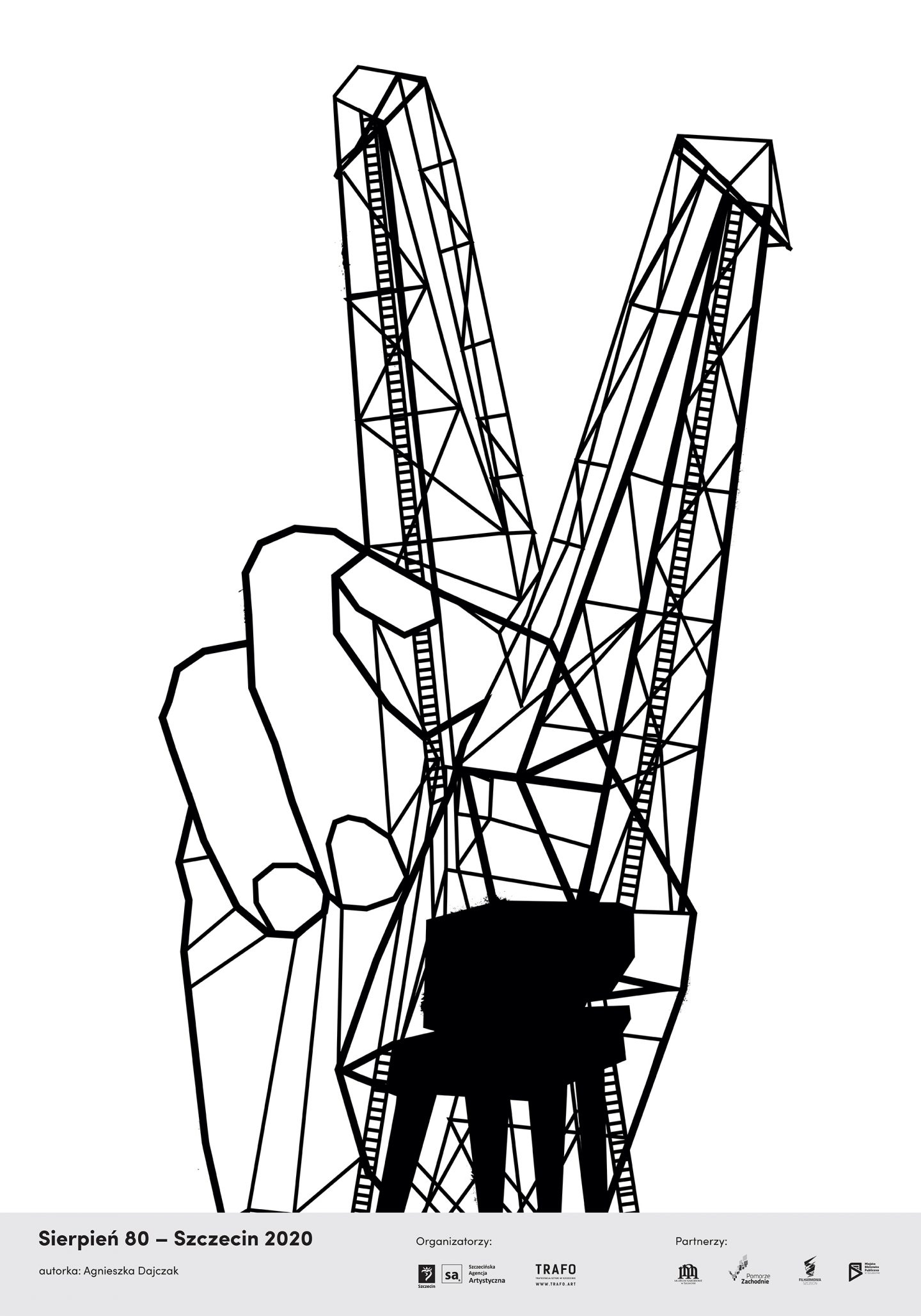 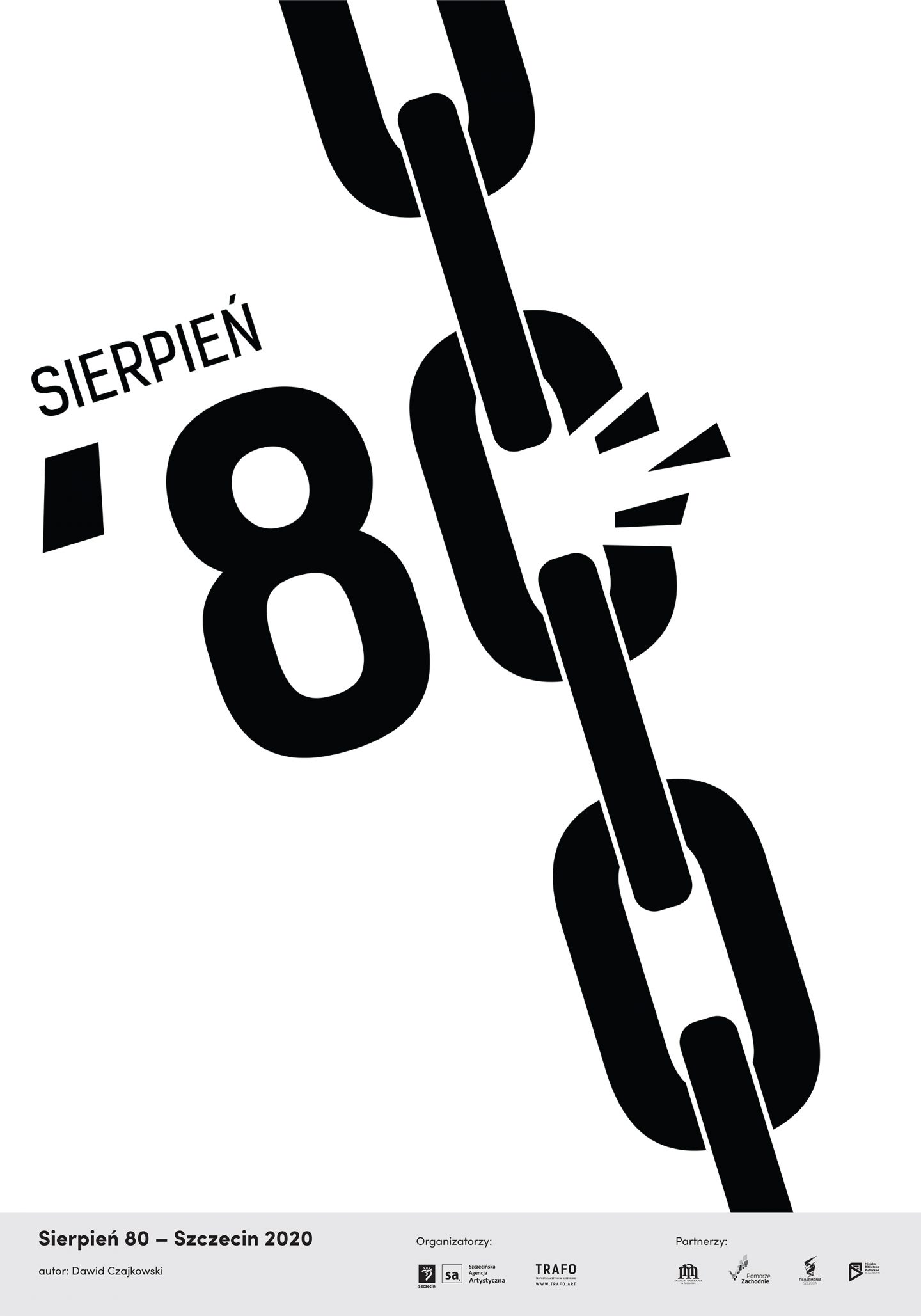 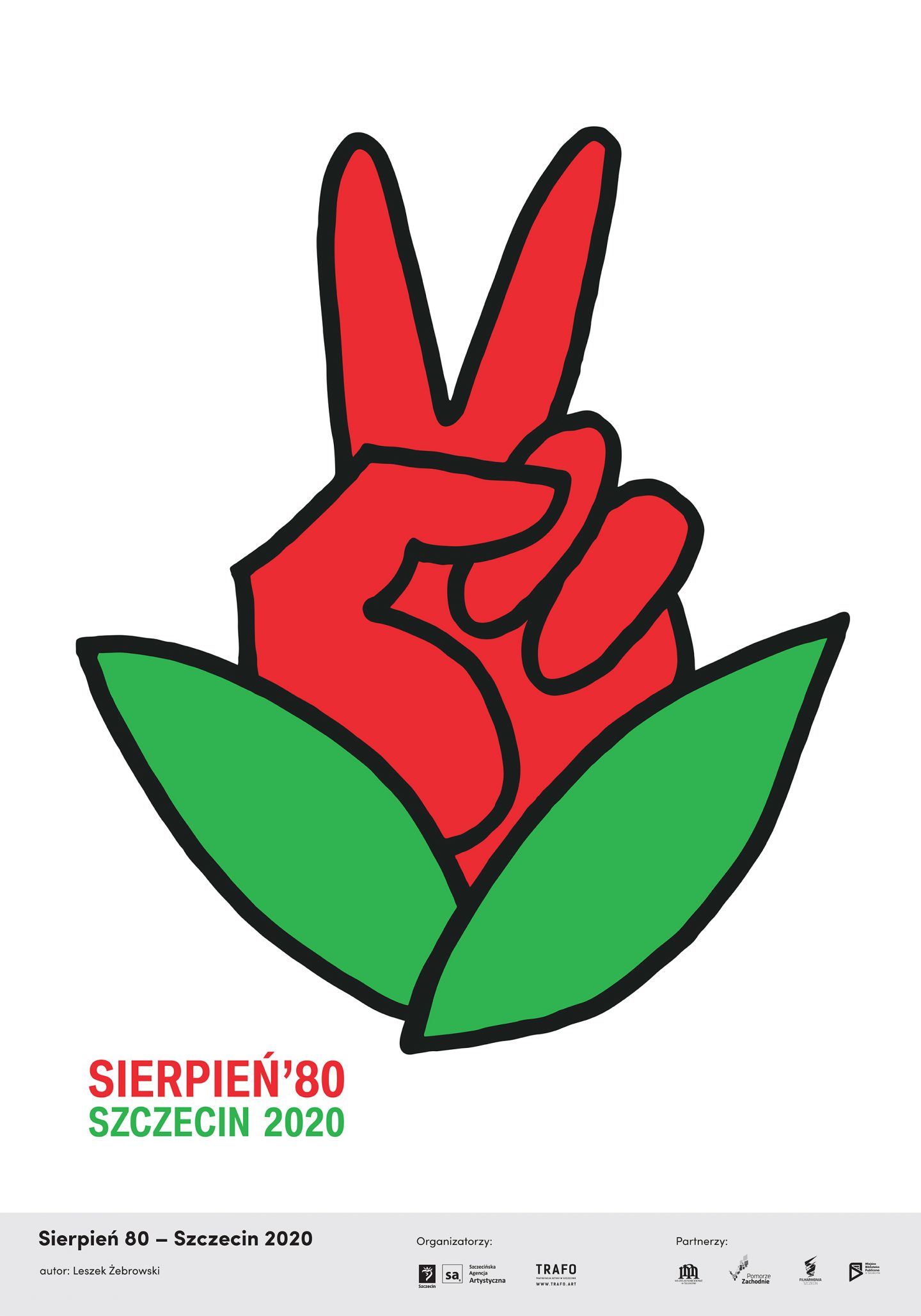 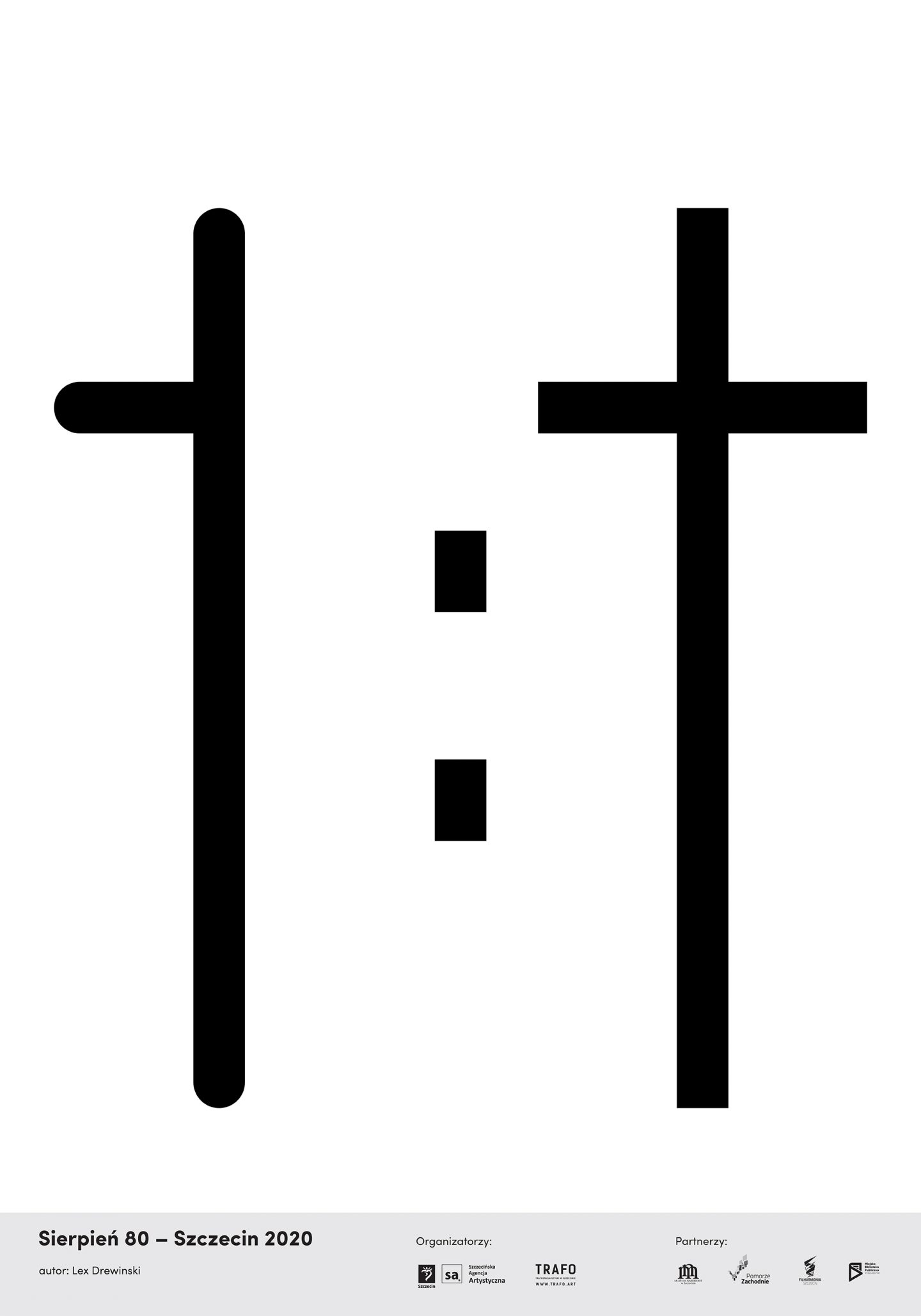 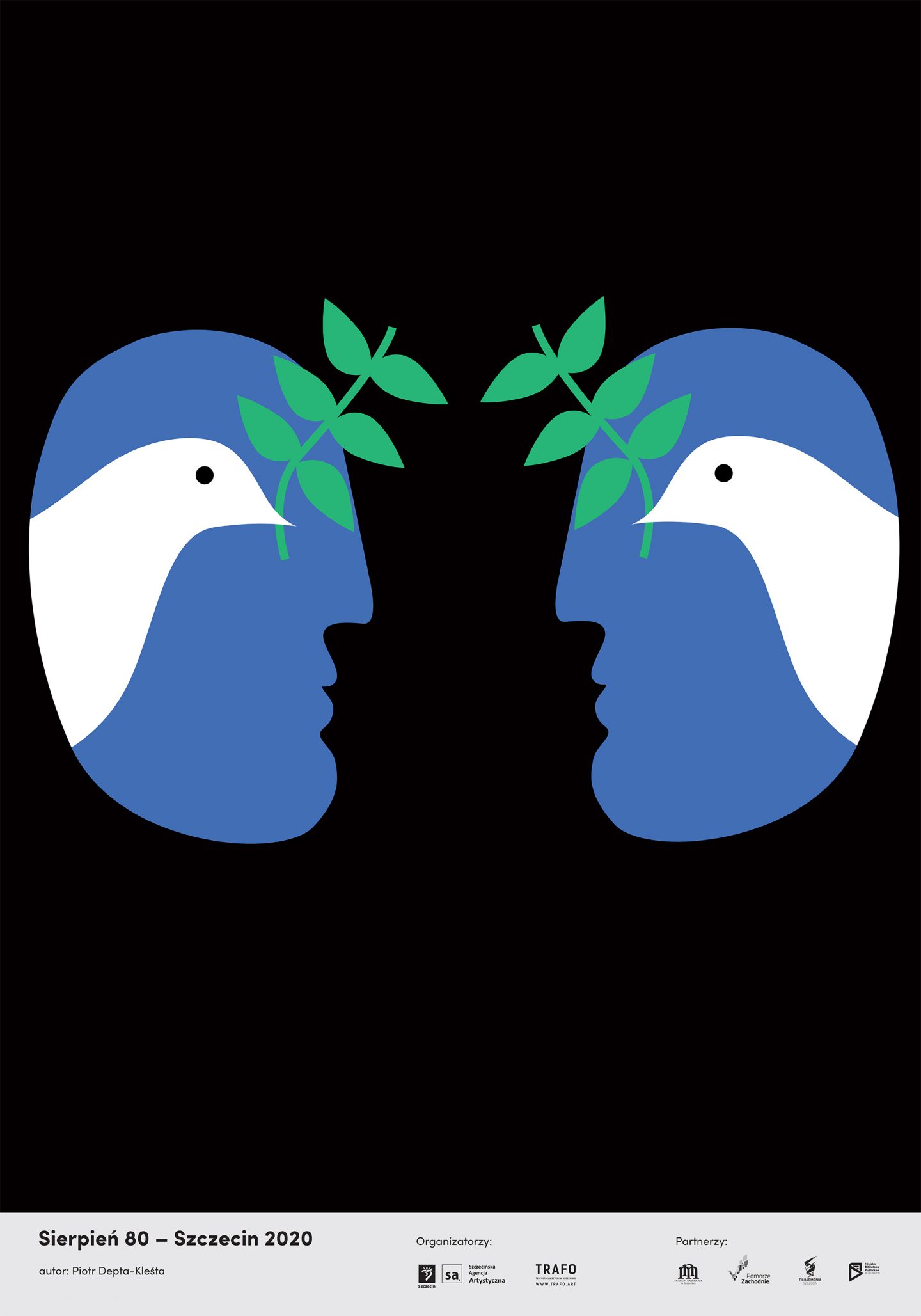