FIRST PLACE
IN THE TABLE?
MIDISSAGE

No Fair Play Night? Midissage of the exhibition First Place in the Table? The word “midissage” was invented during one of the...
Guided tours Events

Curatorial tour of the exhibition First Place in the Table? with Anna Ciabach and Stanisław Ruksza. Football is a metaphor for the world, a...

First Place in the Table? is an international show of contemporary art dealing with the topic of football and its socio-cultural consequences. The exhibition features the most important artworks that problematize the subject from a complex perspective, alongside a selection of new ones, created specifically for the exhibition in Szczecin.

Nothing could be more wrong than the assumption that contemporary art and football are not closely associated. Football, especially in its mass dimension, has long been of interest to artists. Researchers of contemporary culture, historians of thought, writers or popes all share the above fascination. “Amongst all unimportant subjects, football is by far the most important” (John Paul II). Football is a metaphor for the world, a mirror reflecting the processes and phenomena of the current times on micro and macro scales. It tells about everything: the rules of social life, politics and philosophy, art and aesthetics, love and sex. On the one hand, football is a mass spectacle that reflects on issues related to conflicts, wars, tribal rituals, identity politics, the logic of global capitalism, mapping colonization divisions, social inequalities, fan psychology, celebrities and branding. On the other hand, football can strengthen the community as “social glue,” breaking the logic of competitiveness and the race towards equality fairplay rules, both on the pitch and outside of it.

“Football is the last sacred ritual of our time” (Pier Paolo Pasolini). Contemporary soccer is a global discipline. It involves millions of people – not only as supporters, professional or amateur players, but also people employed in the broadly understood business related to it, including journalists and gamblers. In addition, the world of computer games has become a new field of sports competition. At the same time, football exists on many levels – both local ones and those related to identity, bringing together small communities which are either based on more traditional patterns or in the process of re-formation. Even though soccer remains a male discipline – patriarchal, if not chauvinistic, its emancipatory potential has been steadily growing. It is not only the rapid development of women’s football, but also gestures of alliance with the LGBTQ+ community or the presence of groups representing alternative visions of reality.

Football tells a great story with an infinite number of minor narratives that strengthen the identity of the groups. From the format of the World Cup games, through legends of victories and defeats of national teams, to stories from urban and rural grasslands. The history and status of clubs, such as Olimpia and Pogoń Szczecin, are reflected in the story of the city, the fight for identity and pride (although they have a shorter tradition than other recognized clubs), emerging capitalism after 1989, because “Szczecin’s courtyards don’t taste of béchamel with rocket” (PSonTour, Alone against all). A football club can become a screen on which the longings and ambitions of its supporters are projected. Football fans dream that one day their team will close the season with the first place in the table.

“The real fans of football come from the working class. Now they cannot afford to come and watch the game” (Eric Cantona). The great football stadium – the stage of television shows – is available live only to the rich and it certainly has its dark face. More than 6,500 underpaid workers from the poorest regions of Asia have died by now during the construction of the infrastructure for the upcoming 2022 World Cup in Qatar. At the same time, the community of football lovers does not remain homogeneous or ethically unambiguous: there is the shared joy, but acts of violence and the speech of hatred or fanaticism are equally common.

“In football everything is complicated by the presence of the opposite team” (Jean-Paul Sartre). At the same time, football proves that it is possible to make a breach in the global consumer system, that there is still reason to leave the house (or the locker room). The emergence of Against Modern Football movement questions the economic dominance of the logic of profit. There are more and more alternative clubs and ephemeral football art beings that begin to inspire professional clubs. Football seemingly contains an element of utopia in itself turning to other hard-to-reach ideas, but similarly to any other optimal social system, the question of competition remains problematic. Paradoxically, as the legendary Italian sports journalist Gianni Brera pointed out: “the perfect match would end 0-0.”

Photos in the gallery: Andrzej Golc

Financed by the City of Szczecin. 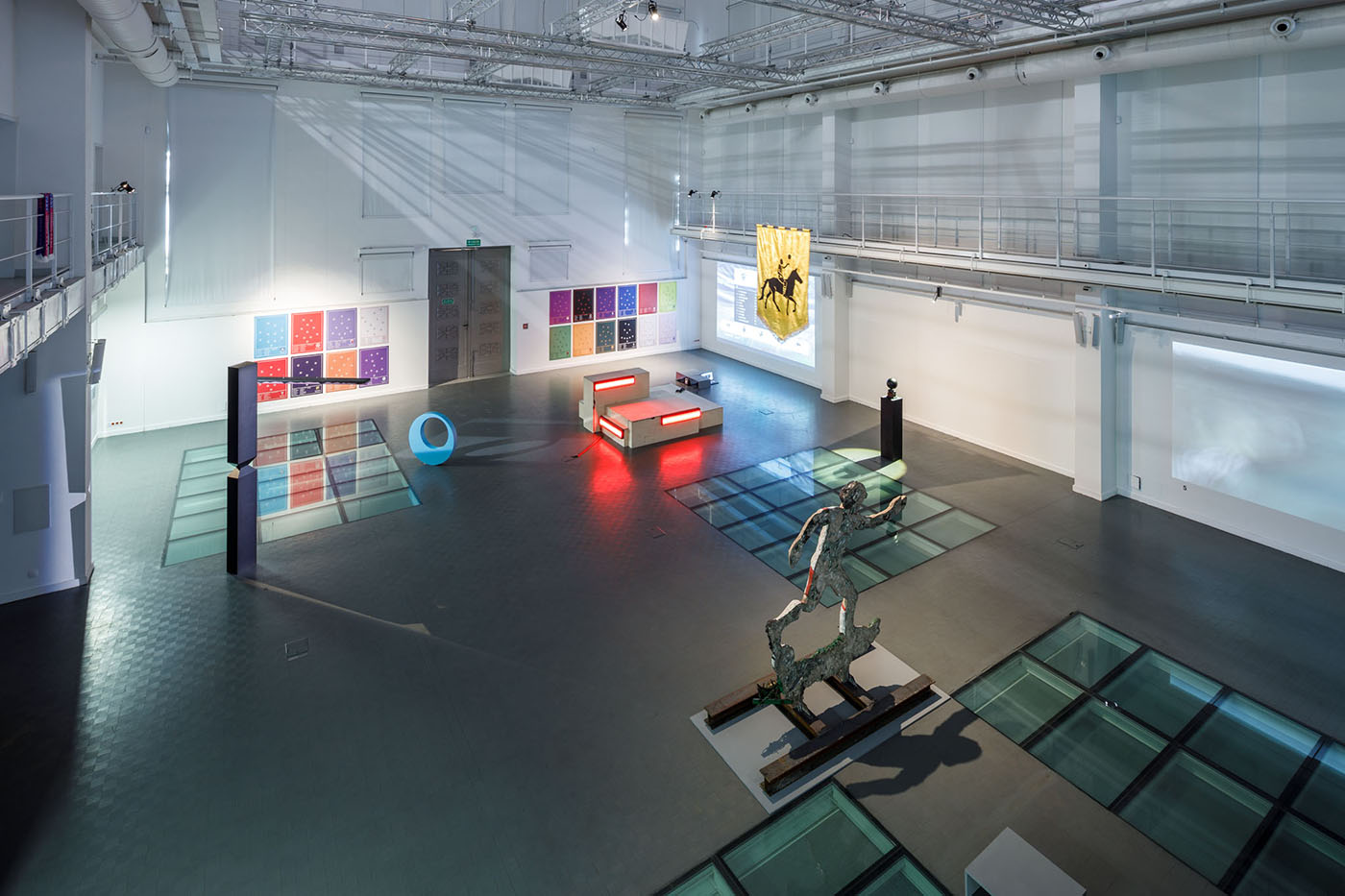 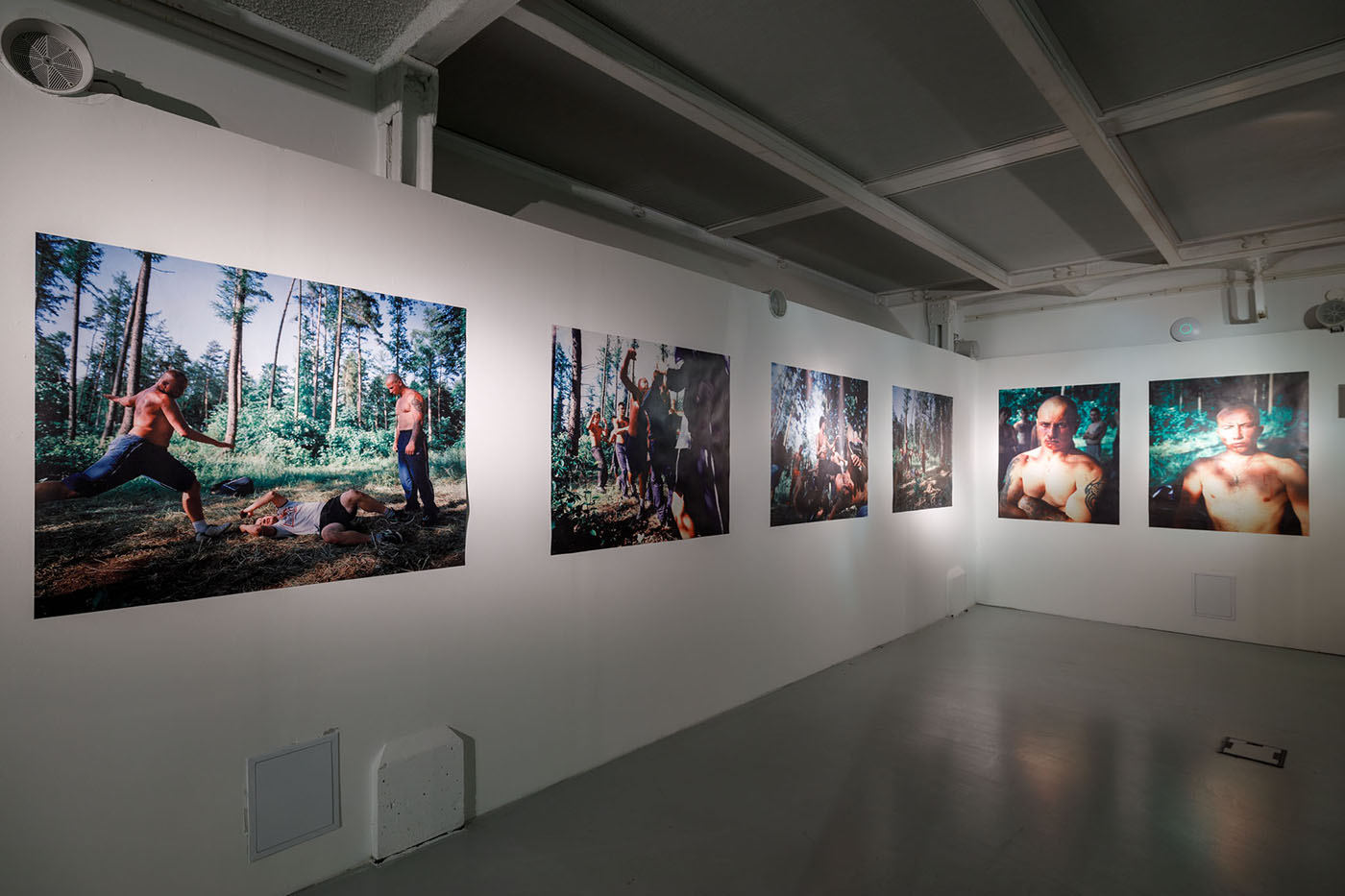 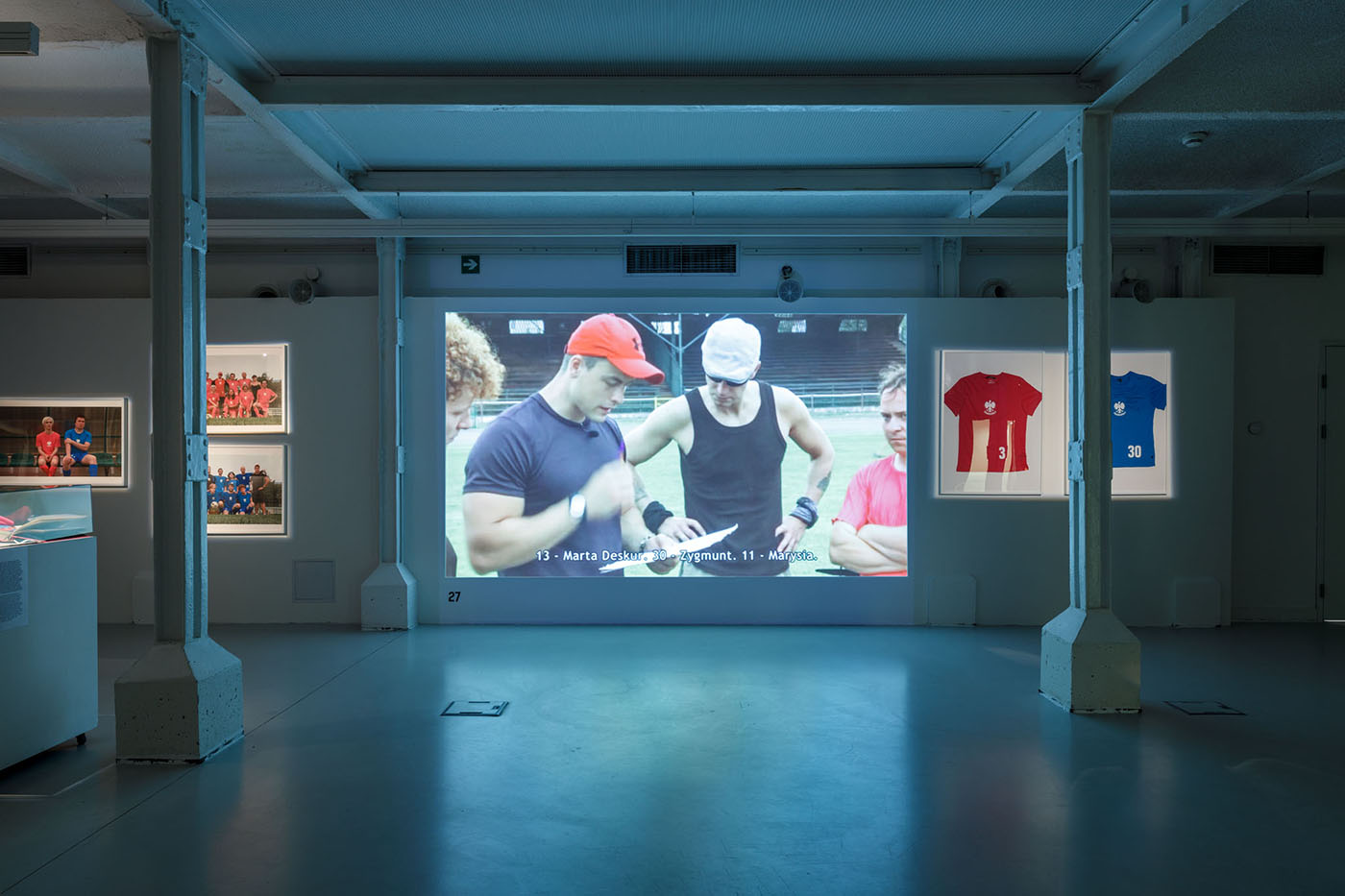 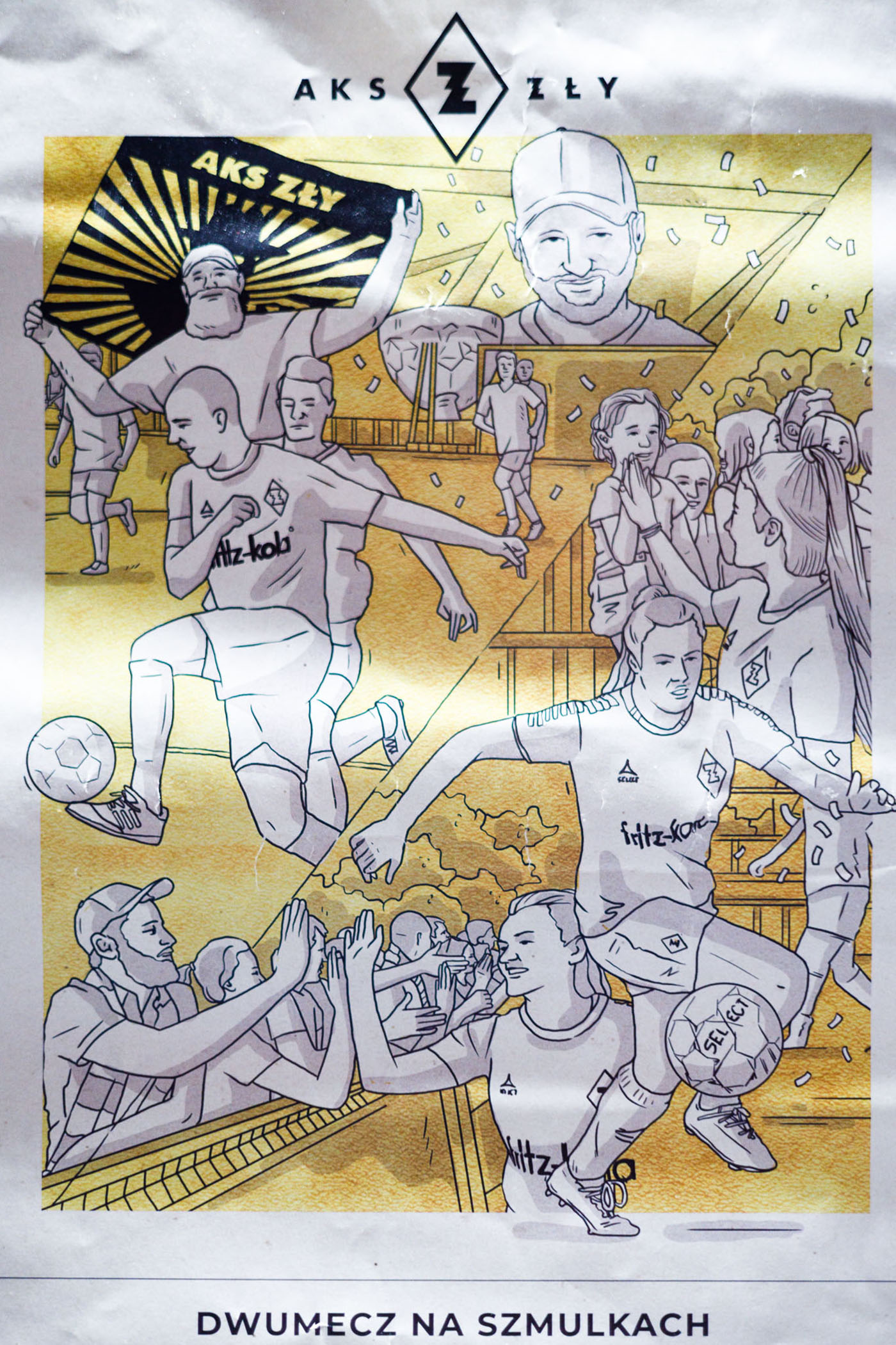 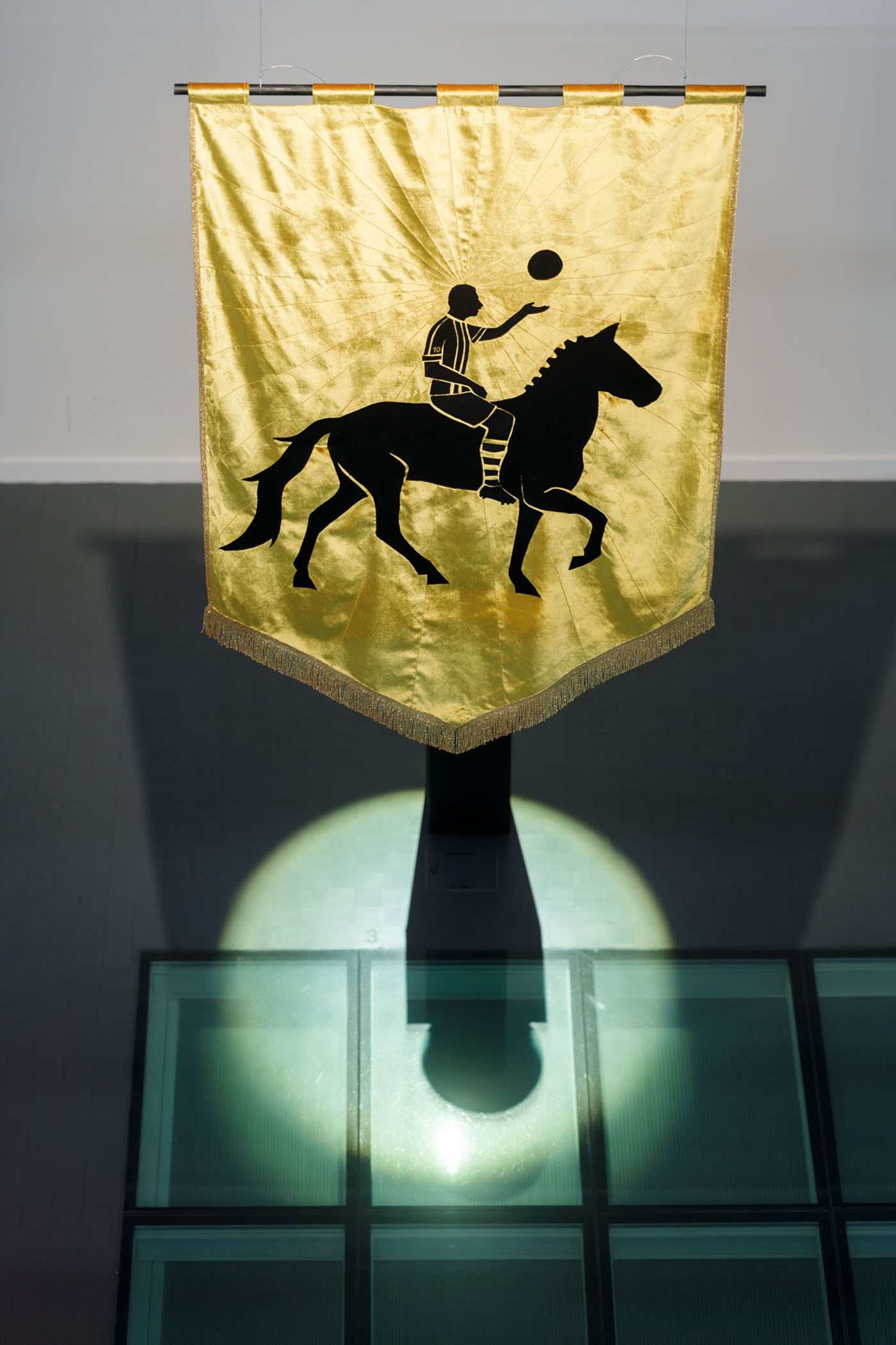 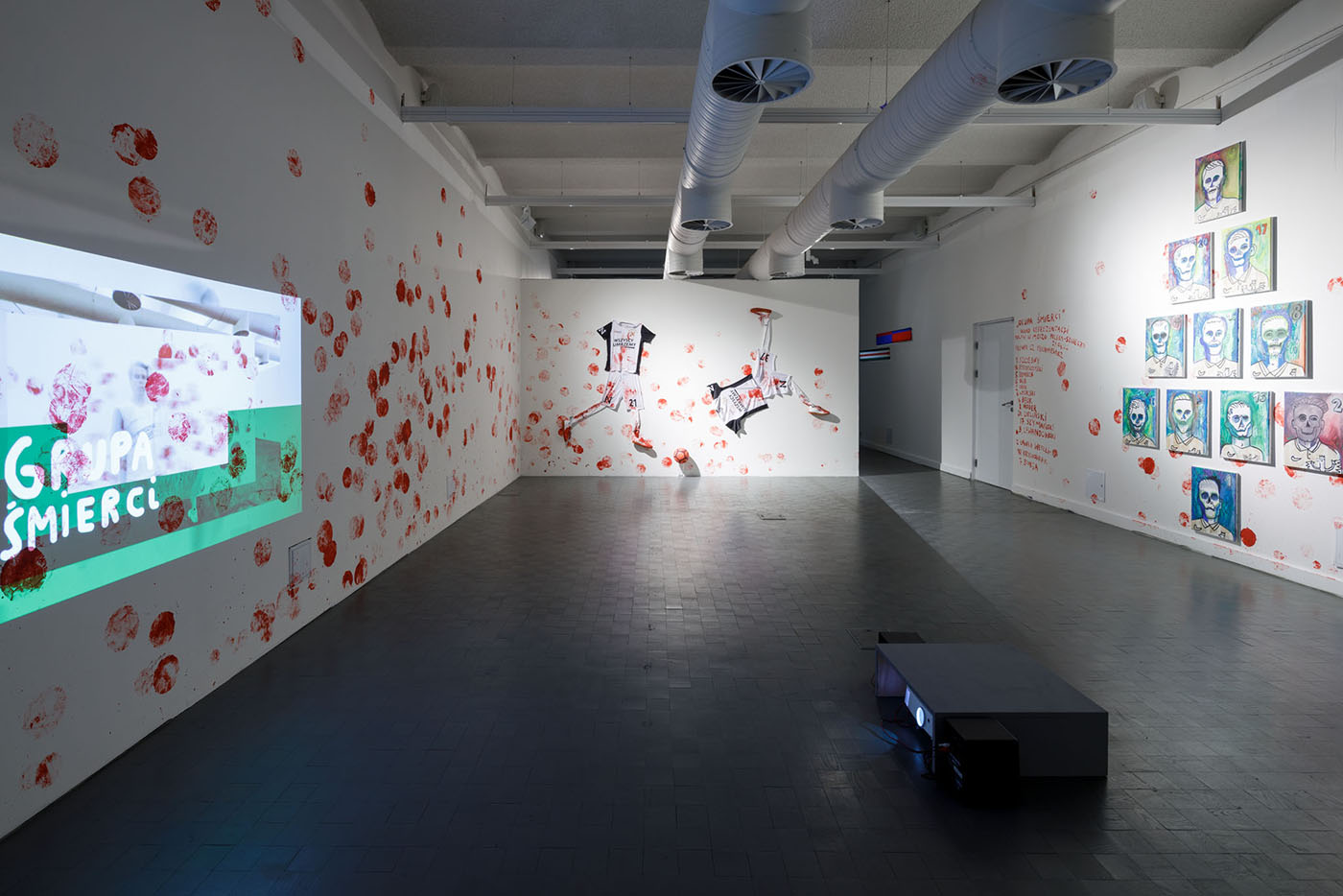 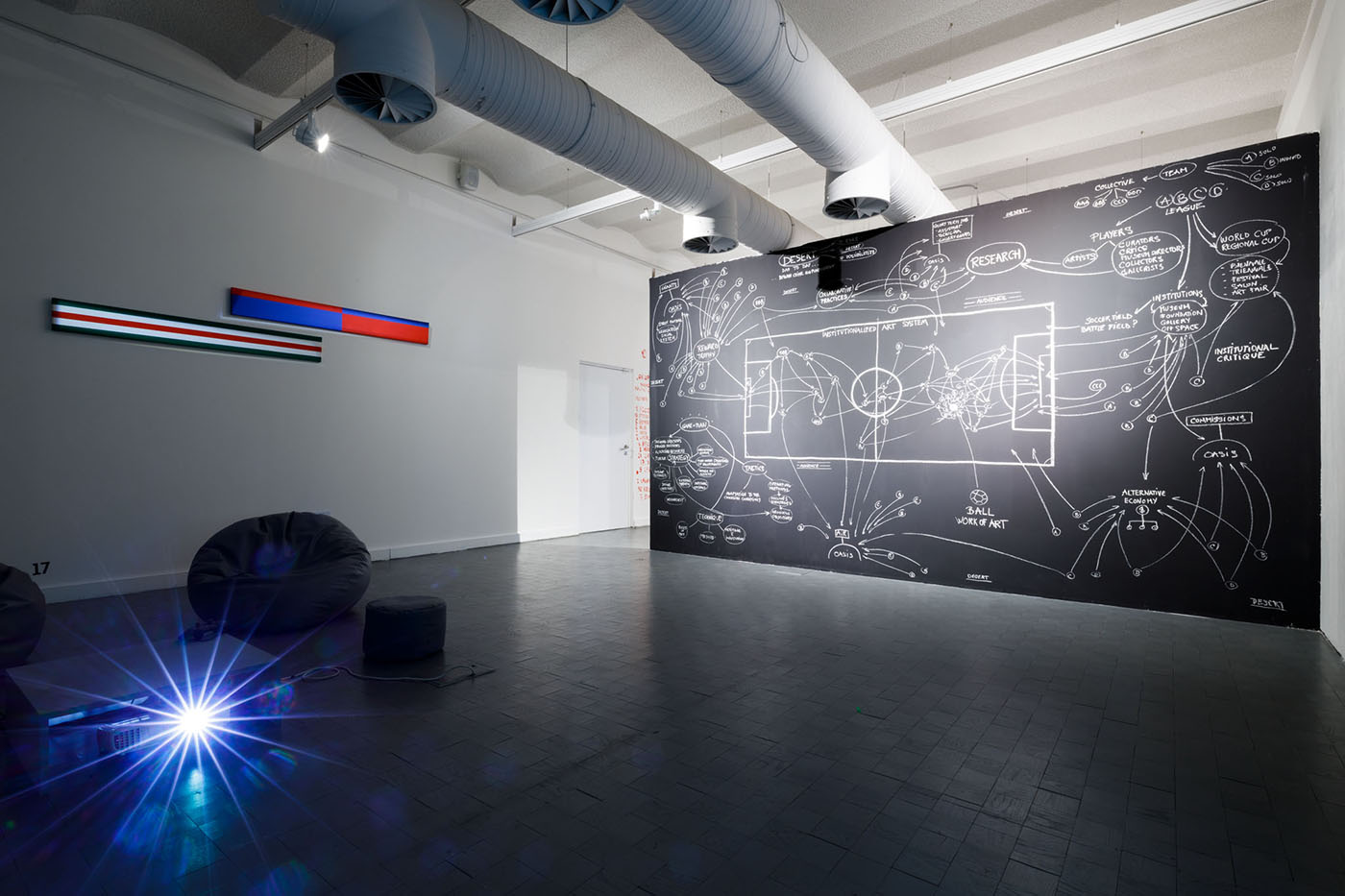 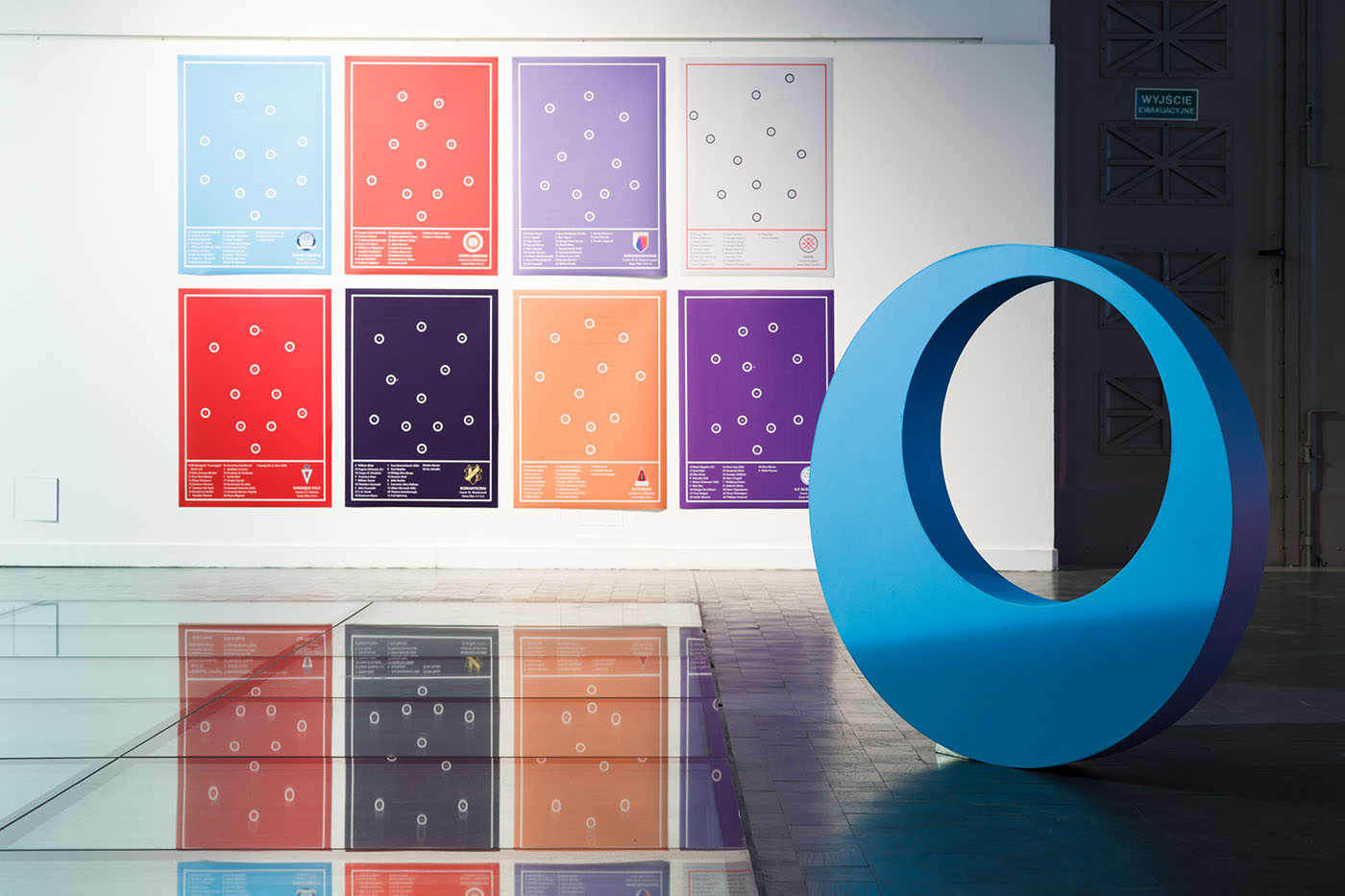 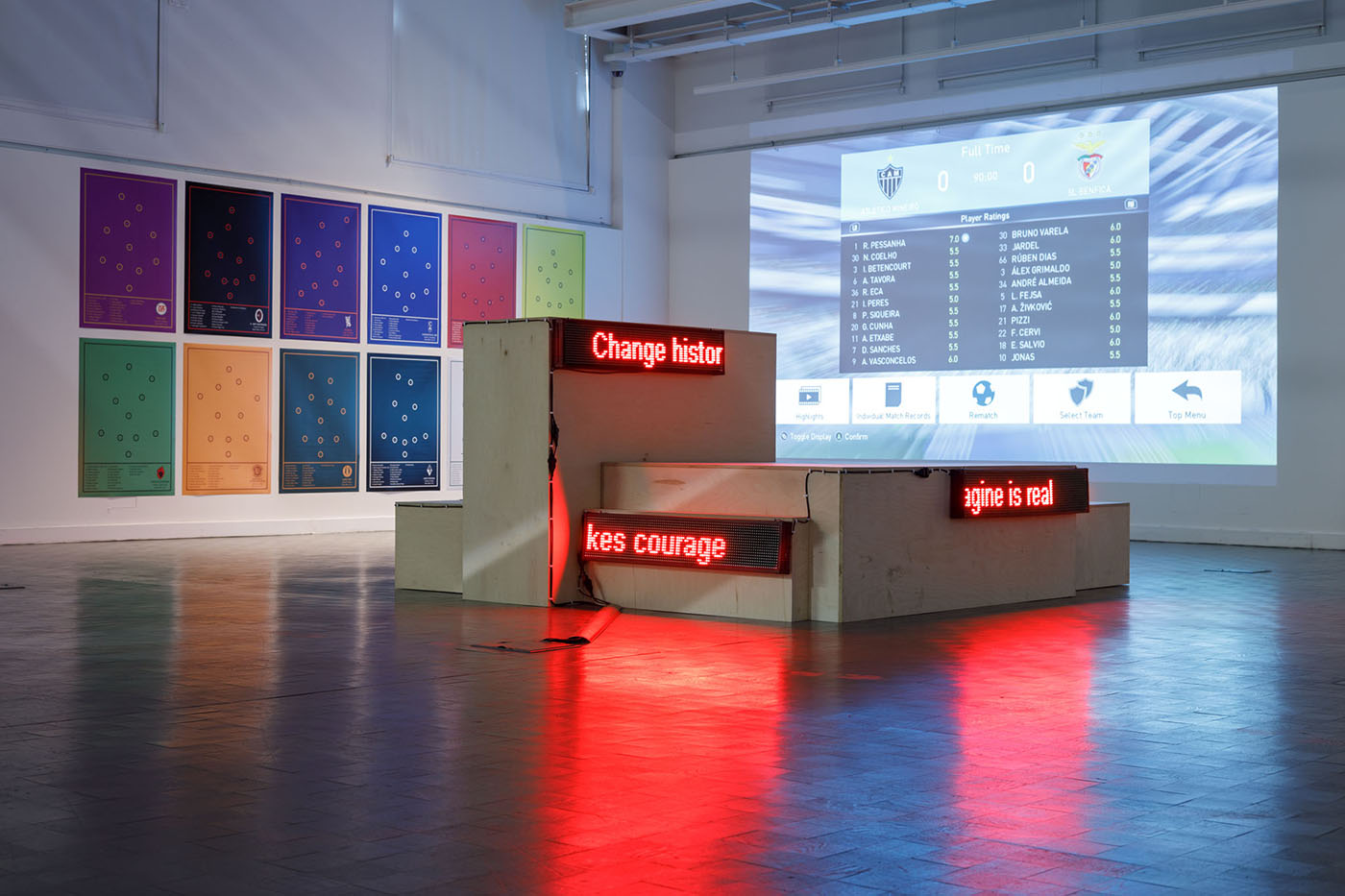 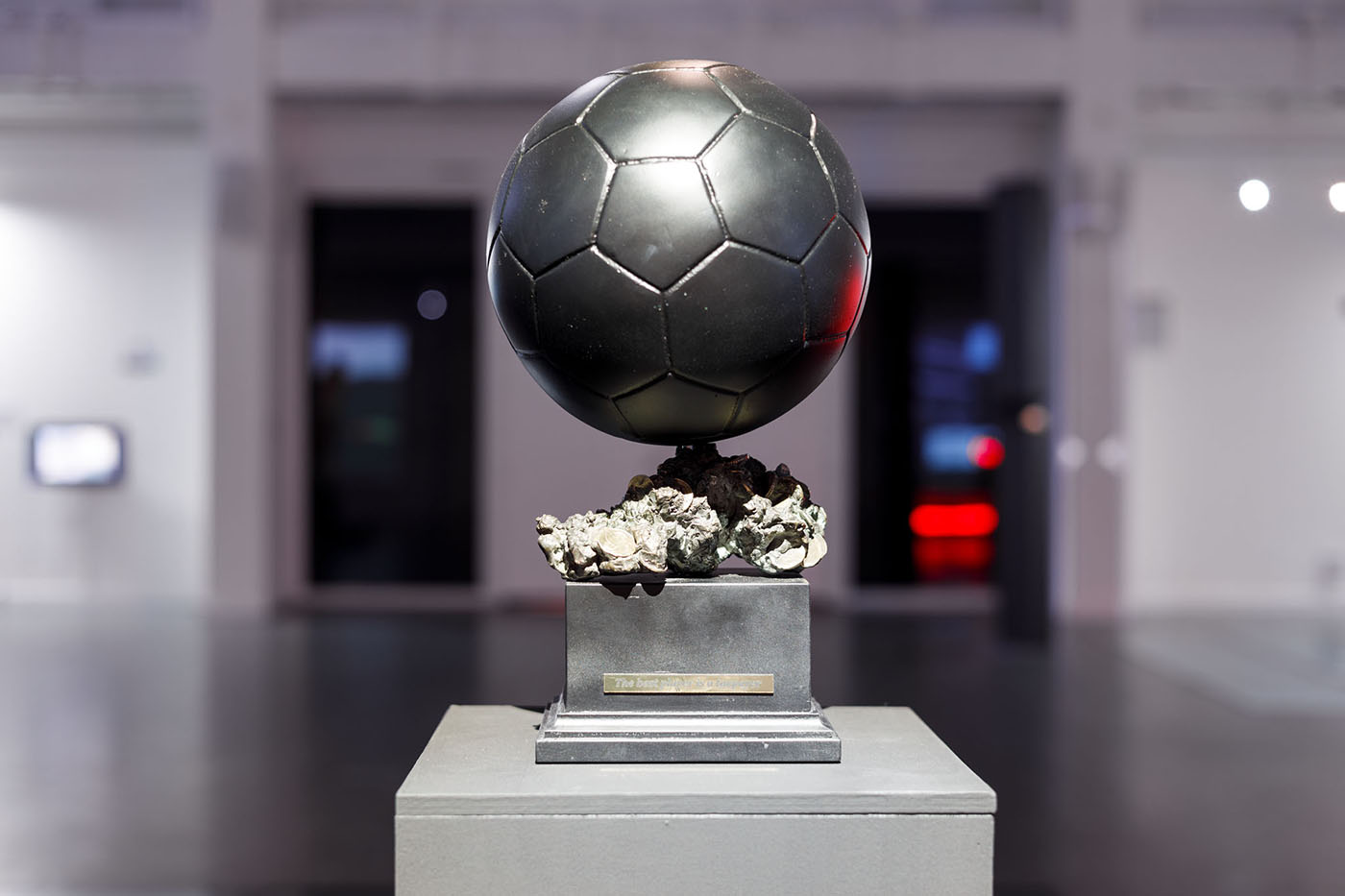 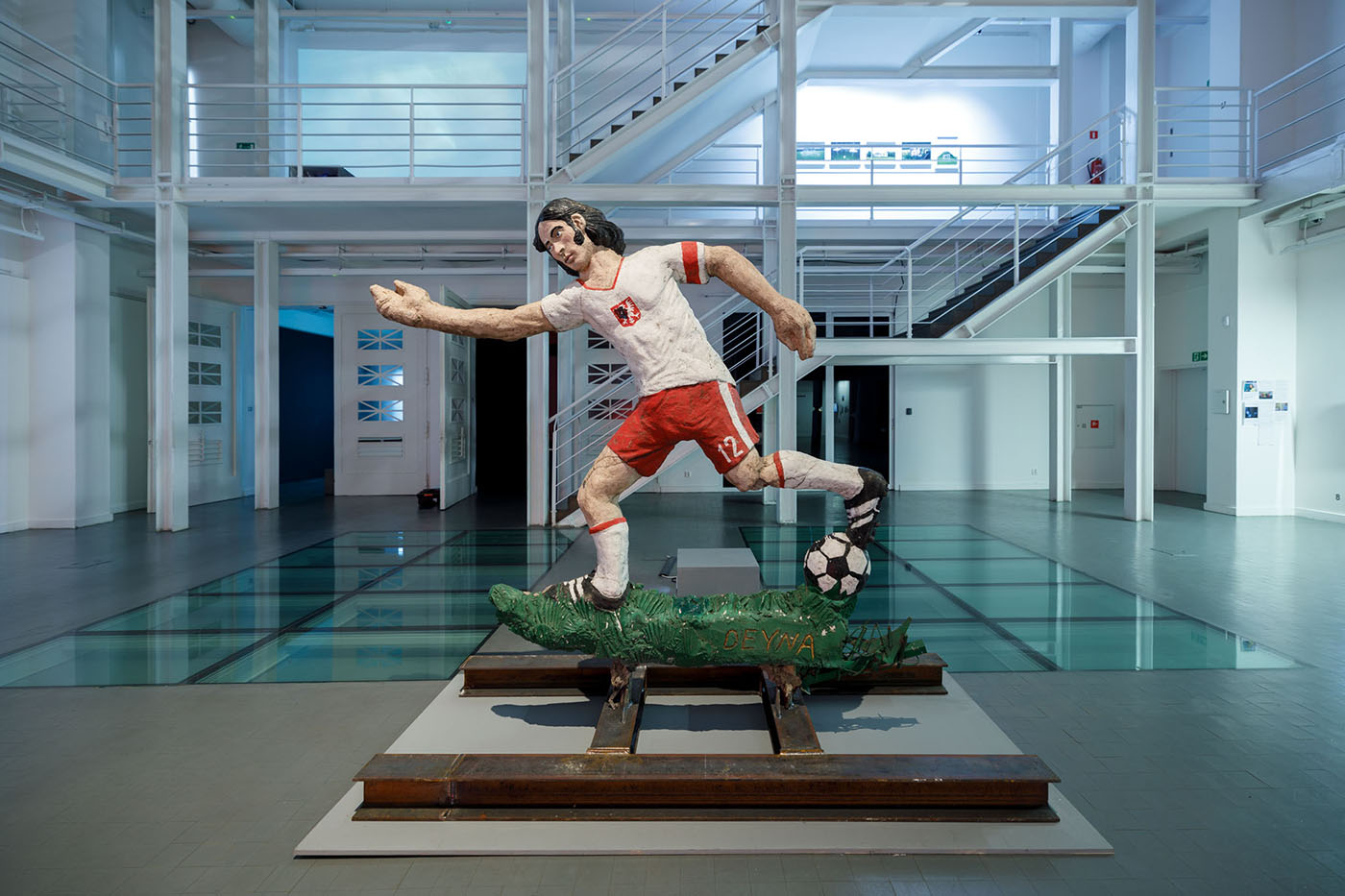 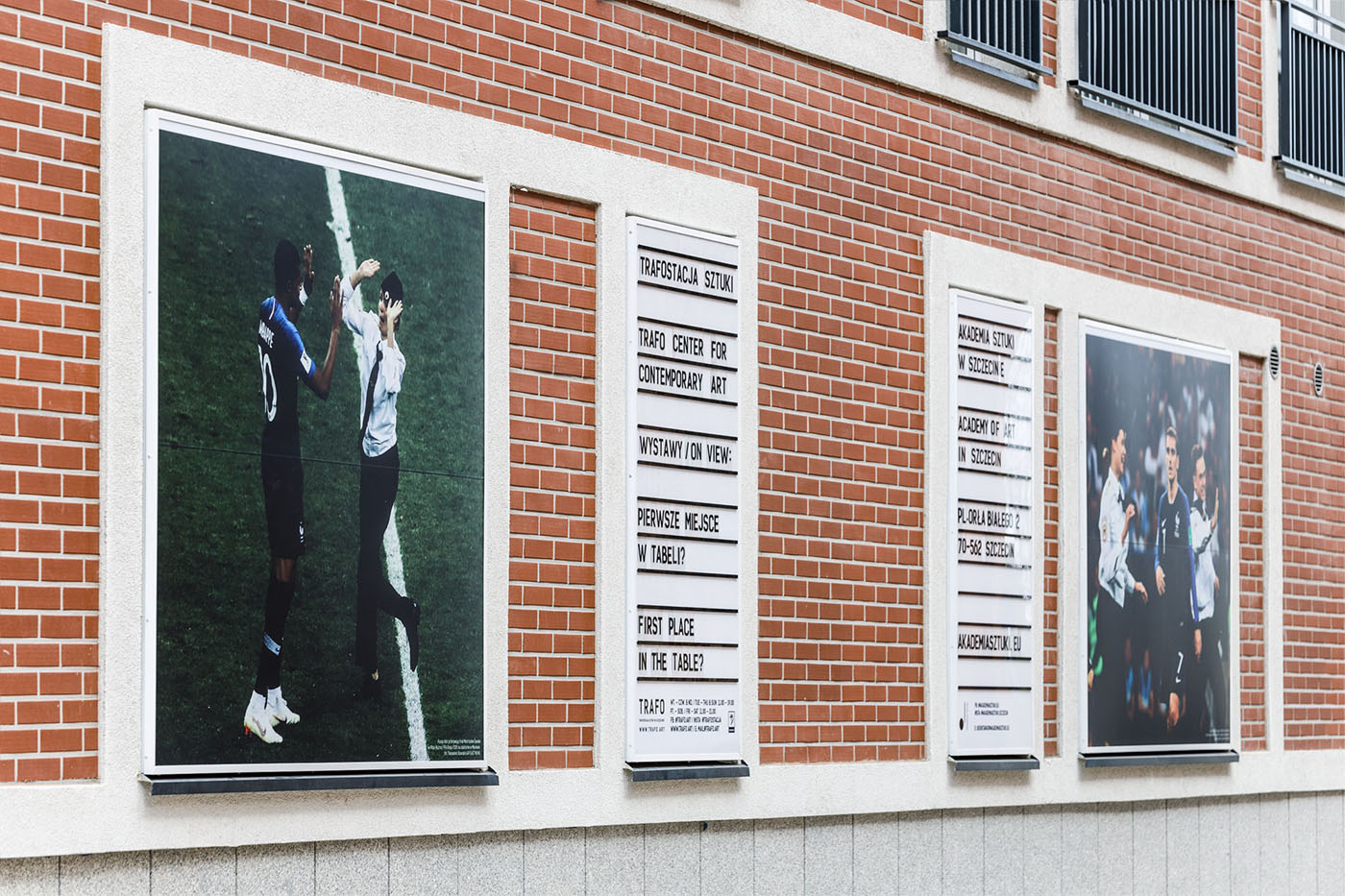 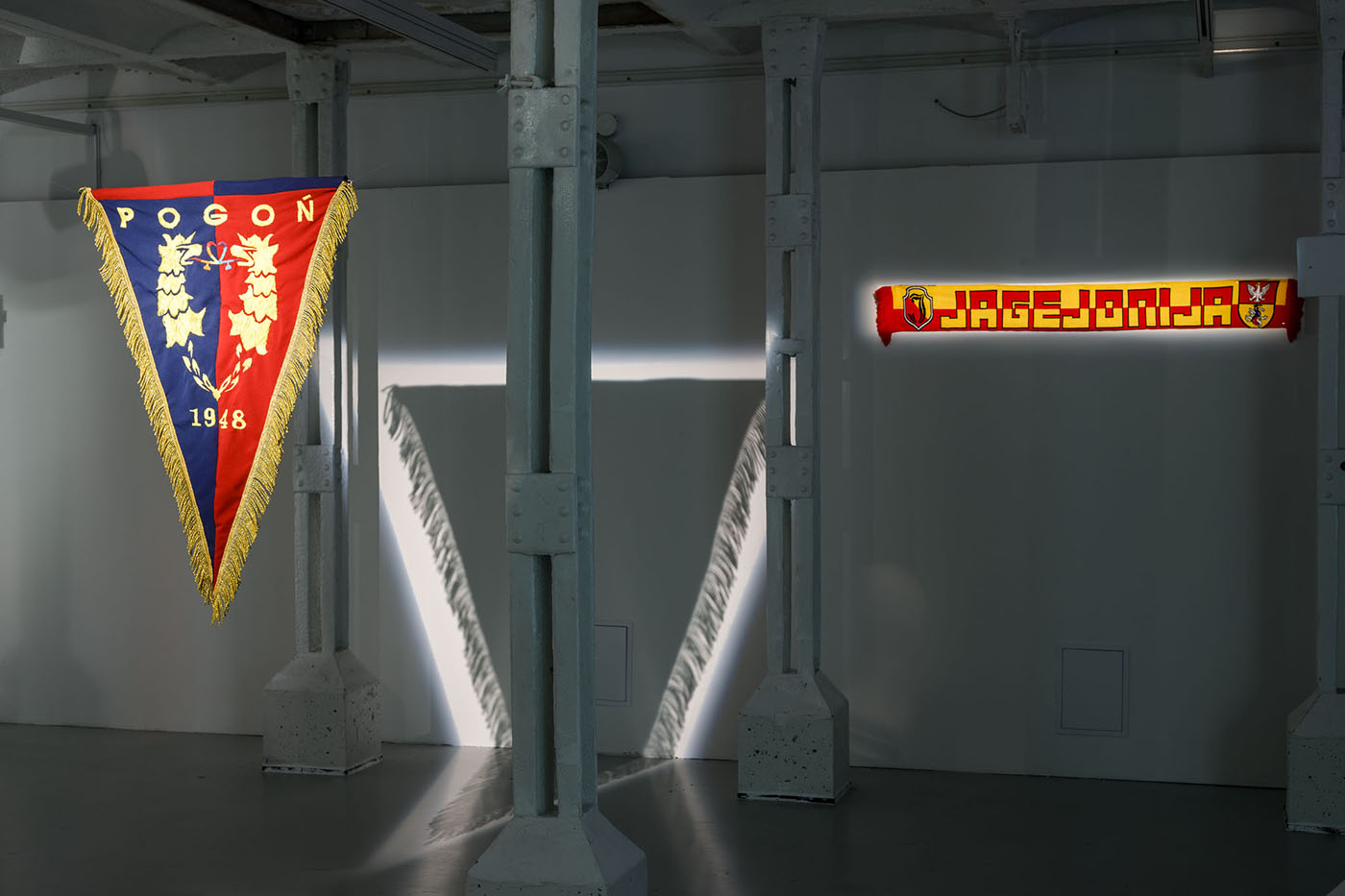 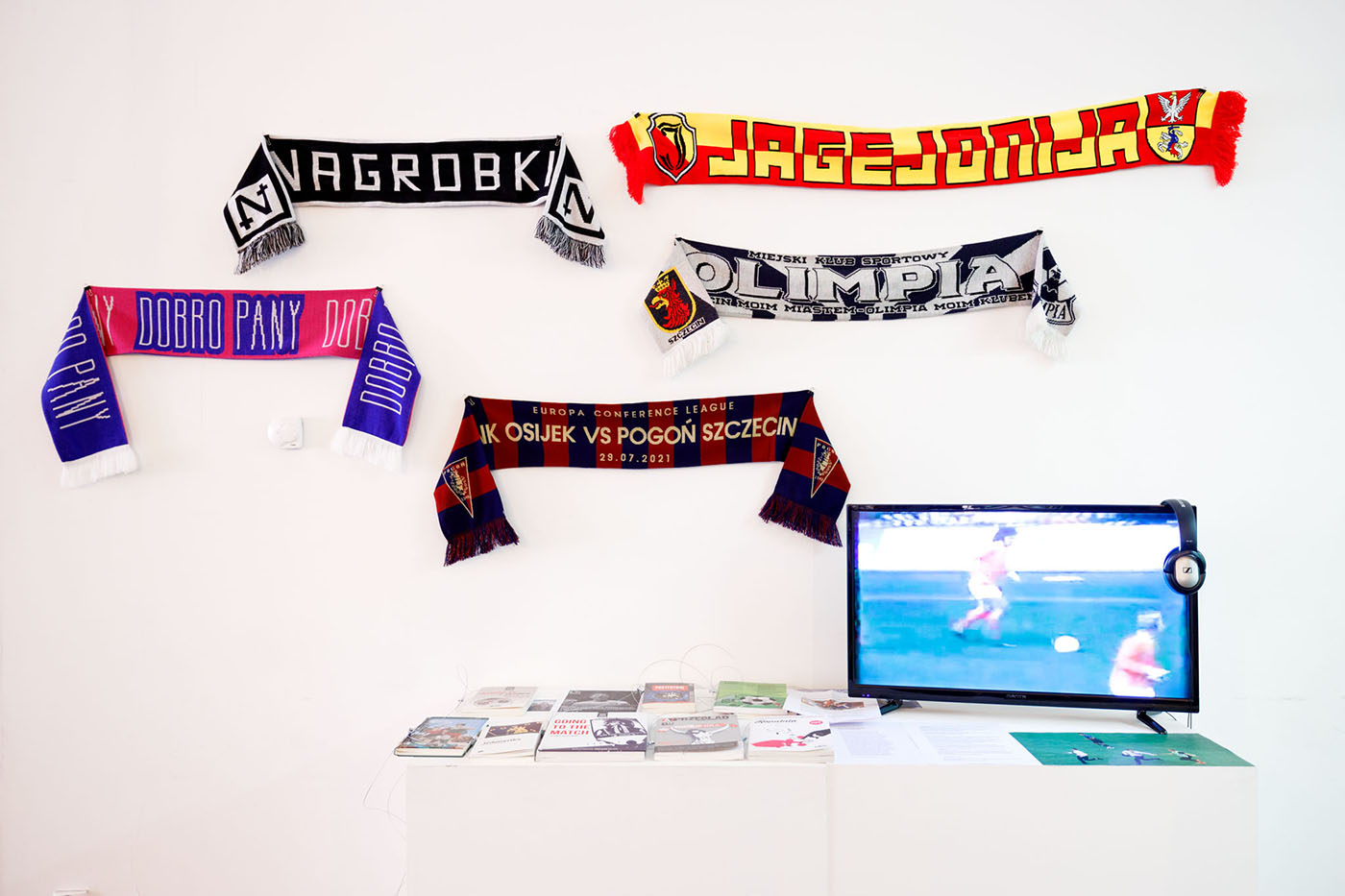