The exhibition, featuring a selection of works created by Szczecin-based artists, perversely tells the story of the post-war city and...
Events

William Turner visited Szczecin in 1835, on one of his journeys across Europe. During his stay, he immortalized the city of that time in 21 sketches that are currently held in the collection of Tate Britain in London (Copenhagen to Dresden Sketchbook). In the same year, the first public art exhibition in Szczecin was held in the House of the Rifle Brotherhood at Św. Ducha Street.

Before 1945, today’s Jagiellońska Street was called Turnerstrasse, to commemorate the visit of the outstanding artist.

Joseph Mallord William Turner (1775-1851, London) – English painter, known primarily for his nostalgic landscapes. He was seen as a precursor of Impressionism. Turner’s paintings capture the artist’s rare mastery of light and darkness, rendering more and more unreal, nearly abstract, visions of reality. His most famous pieces include: Sunset, Rain, Steam and Speed, The Decline of the Carthaginian Empire and Snowstorm at Sea.

The originator of William Turner Passage is Kamil Kuskowski. 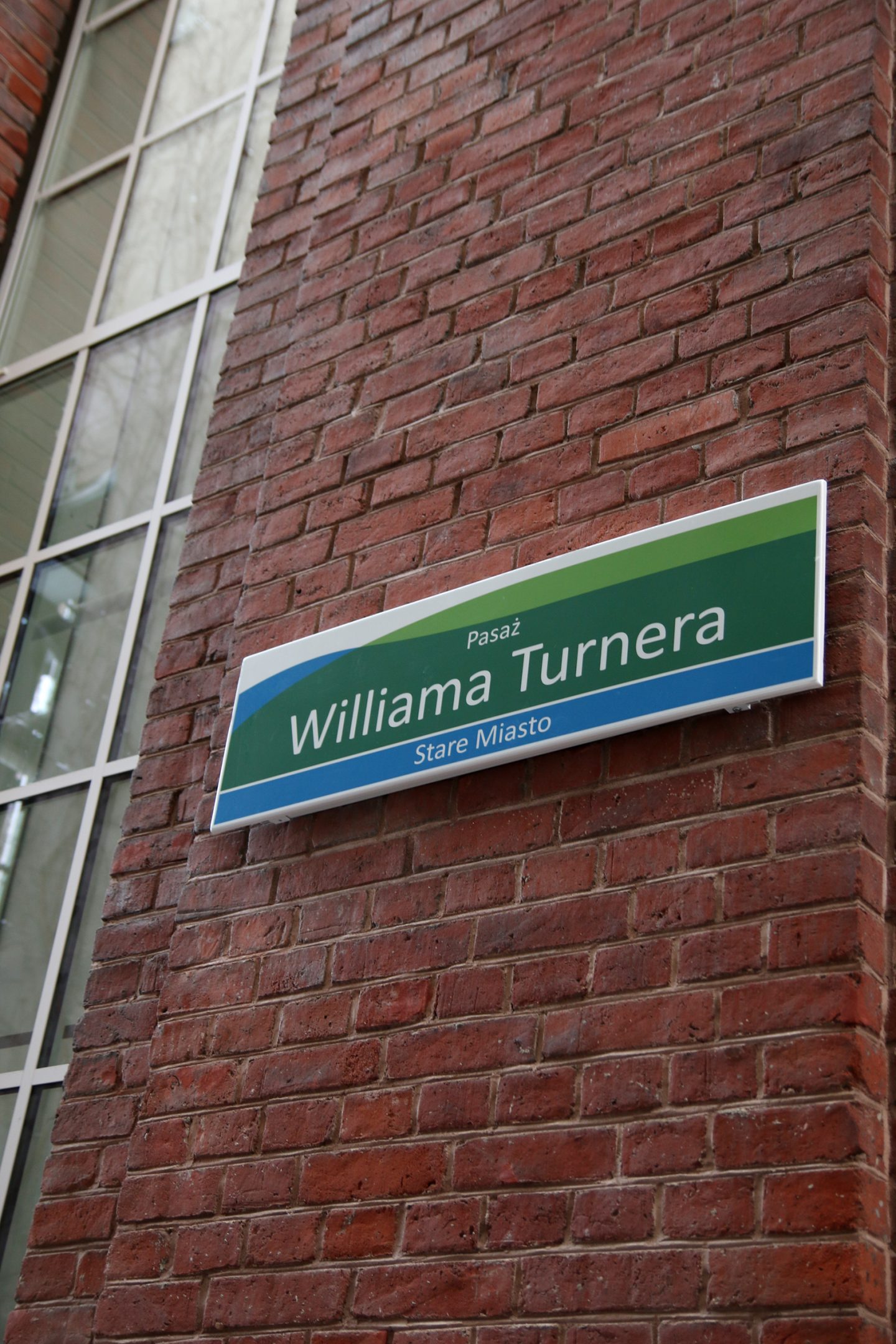